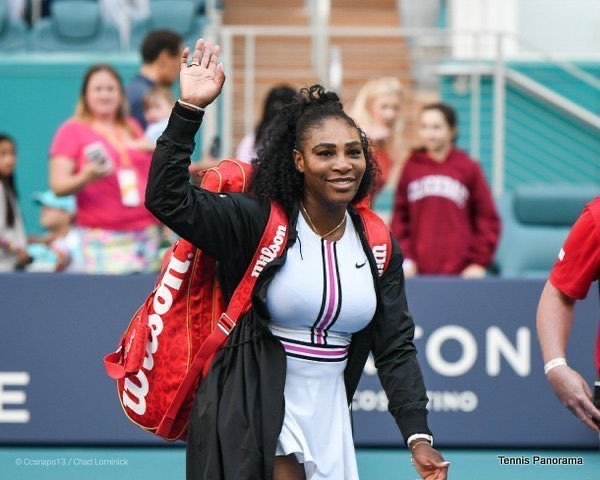 Tennis legend, Serena Williams has responded to comments made by 20-time Grand Slam winner, Roger Federer that the WTA and ATP tours should be merged.
Federer raised more than a few eyebrows on Wednesday when he wrote on Twitter that he hoped the ATP and WTA would merge into a singular association.
A statement like that was never going to fly under the radar, especially coming from the Swiss man.

Williams was one of the countless athletes and fans to respond to the tweet.
The American great has however since deleted the tweet.
The tennis season has been suspended since early March due to the COVID-19 pandemic and Federer believes this to be the perfect time to open the door to discuss merging the Association of Tennis Professionals and Women’s Tennis Association.
One of the earliest tennis players to ever touch upon the topic was none other than tennis legend Billie Jean King.
As widely expected, she jumped at Federer’s tweet and expressed her wish for it to happen at long last.
So did retired Australian player Rennae Stubbs.
Many current professional players too replied to his tweet, and most were in agreement with Roger.
Simona Halep was one of the first ones to respond.
Nick Kyrgios tweeted a simple ‘yes’ to the notion.
Another big influencer in tennis, Rafael Nadal, showed his support for his arch rival’s idea.
But then again, that is hardly surprising as both Men are great allies off the court.
If there is anyone who has as much clout in tennis as Roger it is Serena Williams.
And she too agreed with the sentiment and expressed it with a bit of humour.
“Uuuuum, that was confidential and not supposed to be shared yet,” she tweeted before deleting the tweet.