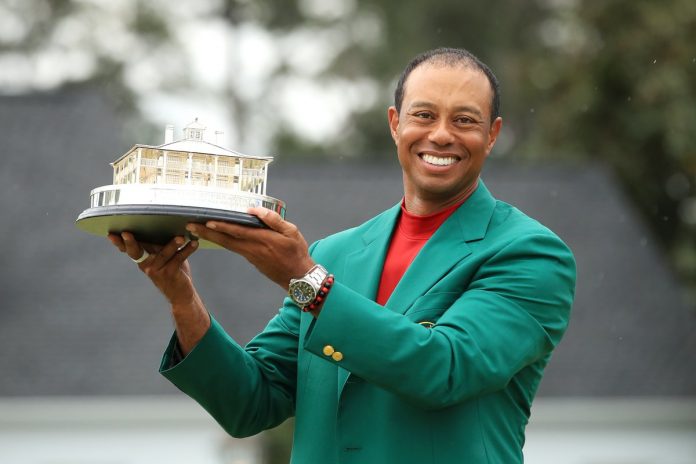 American golfer, Tiger Woods will be involved in a charity golf match next month.
He will be joined by fellow golfer, Phil Mickelson and NFL quarterbacks Tom Brady and Peyton Manning.
American broadcaster Turner Sports confirmed details of the match, the proceeds from which will all go towards coronavirus relief.
No more details of the event were given, but it is expected to be a two-on-two contest, and there is widespread speculation it will be held at a Florida course.

Florida Governor Ron DeSantis recently expressed support for the event.
“You wouldn’t have a gallery there. You wouldn’t have crowds, but to put that on TV, I think people have been starved for content,” he said. Legendary NFL quarterback Tom Brady will form a team alongside Peyton Manning for the match.
Woods and Mickelson are the two most successful golfers of their era, with 15 and five major championships to their names respectively.
Neither has played since the PGA Tour cancelled the Players Championship due to the coronavirus pandemic after the first round on March 12, shutting down the tour indefinitely.
Woods and Mickelson previously played a pay-per-view exhibition in November 2018.
The addition of Brady and Manning is likely to spice things up, and be a big television draw for a national and international audience starved of live sport due to the coronavirus shutdown.