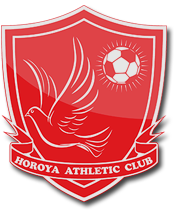 Quickstix – Sporting headlines from around the continent

Vihiga Bullets head coach Milton Kidiga said, “Our marking cost us. Shabana is a very good side and we could not afford to commit such mistakes.”

The event, which will be held from June 24 to 27, was officially launched at Nariobi’s Kasarani stadium on Monday.

Organisers hope to attract over 70 million TV viewers in 150 countries , making  it one of the most watched global events this year.

A solitary strike from attacker Cephas Doku in the 57th minute enabled the home team Legon Cities FC to secure the much needed three points, helping the side to 9th on the Ghana Premier League table and seven places away from the relegation zone.

The game was played at Accra Sport stadium.

Head coach Bashir Hayford seems to have turned the side around, afte they struggled to compete at the start of the season.

For Inter Allies FC, rooted at the bottom of the table, the heartache continues as they face relegation.

Home team Gaadiika was humiliated by in-form Horseed in a match played on Monday (June 7).

Horseed took a lead of 2-0 in the first half, then added three more goals in the second, to clinch second position in the Somali’s National Link Telecom Championship.

The in-form Horoya defeated the home team Satellite in their match on Monday (June 7).

The Conakry-based team took the leading goal in the first half and then added another in the second half.

Currently, Horoya lies first in the Guinea League 1 table, with 42 points while Satellite last on the table, also facing relegation.