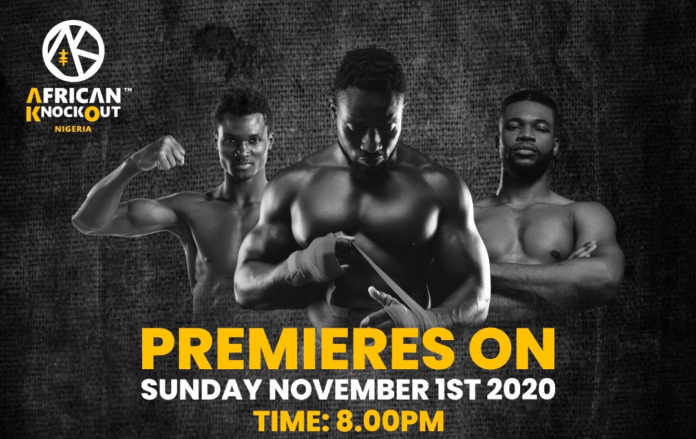 Heavy investment into sports-themed content, like Sunday’s ground-breaking The AKO Show in Nigeria may rescue the professional sports ecosystem from a yawning chasm created by SuperSport’s retreat from key African markets.

Professional sport depends on the “holy trinity” of sports organisations, media platforms/content and corporate sponsorship/ advertising. When one of the three falls sick or falls over, the others quickly collapse. While none of the above has ever been entirely healthy in an African context, SuperSports’ deep pockets and unassailable position as Africa’s top Pay TV provider kept the wheels greased for around two decades. The company’s retreat has decimated live sports coverage from Nigeria to East Africa.

Since the introduction of television broadcasting on the African continent in the 1970’s, remote live TV capacity for anything other than major political events and a few key football games in capital cities has been almost entirely absent from the African media space. A limited number of satellites with footprints over sub-Saharan Africa – long seen by telecomms investors as a waste of money until a handful of mobile operators including MTN, Vodacom and Safaricom proved them wrong – meant there was simply no way to uplink and downlink a live signal either locally or internationally, outside of a few major African capitals.

African broadcasters (in most cases only a “public” free-to-air broadcaster was allowed a license) relied almost entirely on terrestrial broadcast, with highly limited (usually, microwave, line-of-sight) live capacity. Remote live “SNG” (satellite newsgathering) trucks were not readily available until SuperSport brought theirs into countries like Kenya and Nigeria to film live sports (after paying hefty amounts for rights, which they hoped would improve the organisation of sports and build a valuable ecosystem).

Even when sports content was broadcast live on public stations, a political event of medium importance would knock even the most premium and expensive of sports events, off the air. Following the telecoms revolution, satellite footprints across the geography increased but the infrastructure (million-US-dollar SNG trucks with camera kit, video playout and uplink facilities) remained out of reach for down-at-heel public broadcasters and even the new private stations. And where they could afford it, the other key pillars in the trinity fell down: sports organisations fell apart due to infighting from almost the second that sponsorship money came in; corporate sponsors fled after being burned.

And they were more than just burned. Toasted, burned alive, roasted – slowly. Typical failure reports included, as mentioned above, “non-broadcast of the event due to signal being diverted to a ‘more important’ political event”; “delayed start of the event caused the satellite window for the broadcast to be missed”; “adverts for the live broadcast were replaced by local-brand adverts”; (often, political) “fight over rights caused the league to be suspended”; “a scandal over misappropriation of funds tainted the brands associated with the event”; “the organiser took off with the funds”…. Sponsoring live sports events simply became too risky.

As a result, Africa has lacked the infrastructure for a thriving live sports (and entertainment and news) ecosystem for more than two decades. That began to change with the recent switch from analogue to digital and the arrival of private TV stations. But politics and a depressed regional economy since digitisation has kept the media ecosystem weak.

Enter streaming. A golden opportunity for the resurgence of professional sport on the continent. Social commentary and entertainment content is booming, thanks in part to COVID-19 (more on that, in another article) but more imortantly, thanks to an internet that remains only partly government-controlled; an internet that is already available in major cities via 4G and which will very soon be ubiquitous in Africa.

Consequently, the media end of the equation has undergone a step-change. No longer are content owners and rights holders reliant on ageing infrastructure, monopolistic entities or on political masters to get their content seen; media has been freed to provide the best possible experience. Professional sportsmen and women are visible to local and international audiences so club owners and leagues are having to compete; the message: “get better organised (and ensure visibility) or lose your talent and your business”. Corporates can be guaranteed the delivery of their brand messaging and adverts to a wide (and increasingly well targeted) audience. Game back on.

That doesn’t mean that Pay TV is out the window. There will be a rebalancing of free-to-air, Pay and OTT/ streaming services, with appointment viewing and group and family viewing on the large screen still popular and streaming on private handheld devices useful and popular for many other situations. And sometimes Pay will be useful in specific instances.

Take African Knockout, aka The AKO Show. Arriving, seemingly, out of nowhere, the show premieres today, Sunday November 1. In order to make a splash and show that the producers are serious, it is initially available on SuperSport. However, the end-goal is to own the relationship with the viewer. And it’s a great format. Eight MMA fighters, one “house” (actually, a space in the upmarket Landmark building), one prize. The huge popularity of very-proudly-Nigerian MMA fighter Israel Adesanya has given massive impetus to MMA in Nigeria. That, for once, has provided an opportunity for a home-grown Nigerian business to benefit from the value a Nigerian has brought to the international pro sporting ecosystem.

The innovative format is locally designed and built with entirely local crews and local investments. The show has seen massive corporate support, with huge electronic billboards displaying the snazzy graphics and promotional content across Lagos. One to watch, closely.

Credit: Tom Kirkwood is an African media professional. Follow him on linkedin at https://www.linkedin.com/in/tom-kirkwood-a8114329/ or on Twitter as @tomekirkwood )