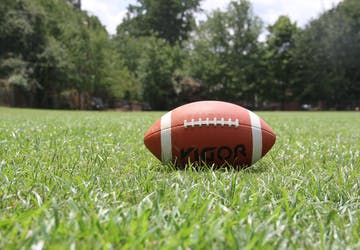 “Touchdown!” It sounded just like an NFL practice in the US. Except that this was Mowbray, Cape Town. So, American Football is being played in Africa? Believe us, it is. Mostly at universities but also at clubs, from Cape Town to Cairo. The governing body of American Football in Africa is IFAF – the International Federation of American Football. Members include Nigeria, Kenya, Algeria, Morocco, Uganda, Egypt and many more. In South Africa, GridIronRSA was established as recently as 2015 to promote the sport; see http://gridironrsa.org.za/about-us/ .

One regular, easily viewable practice site is the University of Nairobi sports grounds adjacent to the highway running through the capital city, where teams can be spotted practicing in the afternoons and evenings. Chinese State Television CCTV (now CTGN) ran a story on the phenomenon all the way back in 2013 (see https://www.youtube.com/watch?v=KLtKIQkbwZA). The sport also got a showing on BAQE, The African Basketball show, which will be coming to SPNAfrica.com later this year. More coming soon, right here on news.SPNAfrica. We’ll have the leagues, top players, statistics, professional listings and so much more, in coming weeks, with streaming of matches on the horizon.

RealFevr announces a Series A investment round of €2.2M with the participation of Moonrock Capital and Morningstar Ventures