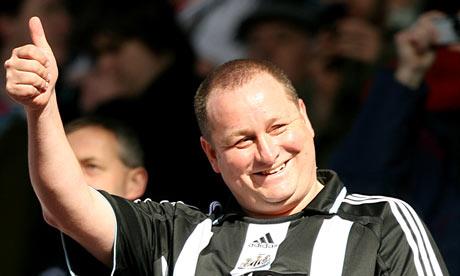 Newcastle United’s owner, Mike Ashley and Newcastle United have instructed two leading QCs in their dispute with the Premier League over its rejection of the club’s Saudi-led takeover.

The Magpies owner released a statement last week in which he accused the League’s chief executive Richard Masters of not acting ‘appropriately’ during the process of the Owners and Directors Test.

Ashley said he was considering legal action after the £300 million deal was formally rejected by the League.

The League responded to say that Ashley’s claims about the takeover being blocked were ‘incorrect’ and said they were still waiting for ‘all appropriate information’ from the proposed buyers, including Saudi Arabia’s Public Investment Fund, Amanda Staveley’s PCP Capital Partners and the Reuben brothers.

But a statement from London-based Blackstone Chambers on Monday confirmed that Ashley is set to pursue legal action.

It read: ’Shaheed Fatima QC and Nick De Marco QC are acting for Newcastle United FC and Mike Ashley (instructed by Dentons) in a dispute with the Premier League about its rejection of a takeover bid made by PCP Capital Partners, the Reuben Brothers and the Public Investment Fund of Saudi Arabia (PIF) based on its Owners and Directors test.’  De Marco is a leader in sports law and his previous clients include Tyson Fury, Harry Kane, Jay Rodriguez, Wayne Hennessey and Peter Beardsley.