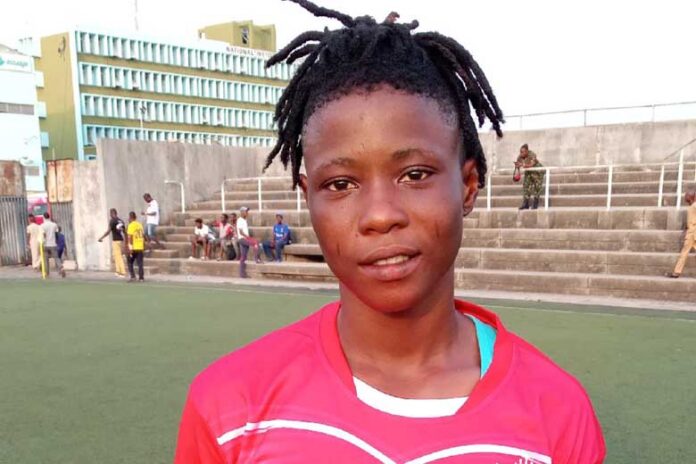 The newcomers are hosts of the Yenagoa side in Wednesday’s Nigeria Women Football League (NWFL) matchday 11 clash at the Warri Township Stadium.

Prior to the midweek matchup, Royal Queens lost 0-1 to former champions, Nasarawa Amazons in Lafia while the league leaders, Bayelsa Queens piped former champions and struggling side, Pelican Stars 1-0 in Yenagoa.

Godwin who is on two goal mark in the 10-week old top-flight equally promised to contribute her own quota to the goals that will nail the Yenagoa landladies.

“Our goal is to win, to pocket the three points at stake aimed at boosting our position on the league table.

“We have already spoken to ourselves on the task at hand and the need to work as a unit, support each other in order to achieve the set goal.

“Of course, we are not scared of the opponents, we will accord them respect off the pitch but will never be frightened by the pedigree.

“Bayelsa Queens are mere name just like any other name of a club, nothing sacrosanct or superficial.

“We will give them the toughest match of their life that they will live to remember for a long time to come.

“Of course, it will make my day to score and contribute to the goals that will spell defeat on the opponents.

“I have scored two goals in the league so far, a debut goal in Lagos and another one in Warri, I want to increase the goal haul with the Bayelsa Queens’ clash,” said Godwin.

The Warri side are 10th on the 14-team top-flight log on 13 points 12 behind league leaders and opponents, Bayelsa Queens.