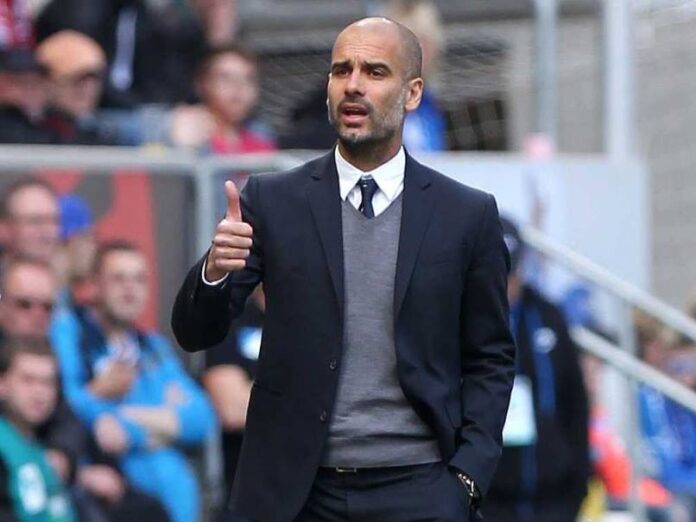 Pep Guardiola has committed to Manchester City for the long term but for the first time in his managerial career, results may determine the Catalan’s future rather than his desire for a new challenge or break.

City’s board showed how fully they remain committed to the Guardiola project by extending his contract to 2023 last week.

There is good reason for the club’s faith. Guardiola is responsible for two of the three highest point tallies in Premier League history among six major trophies in his first four seasons in charge.

But a 2-0 defeat by Tottenham on Saturday that left City already eight points off the top of the table continued the malaise that has set in since the beginning of last season.

Albeit with a game in hand, Guardiola’s men are languishing in 13th in the Premier League table. A return of 12 points from their opening eight games of the campaign is the lowest since 2008/2009, just months after an Abu Dhabi takeover starting pouring millions into the club.

City even have a negative goal difference after scoring just 10 times in the league, their lowest at this stage of the season since 2006/07 when they finished 14th under Stuart Pearce and failed to score a single goal at home after New Year’s Day.

“The reality is we are struggling to score goals this season,” admitted Guardiola. “10 goals in eight games is not good enough.”

The Champions League has normally been the nadir of Guardiola’s time in Manchester. In four seasons he has not even been able to match City’s best run in the competition to the semi-finals under Manuel Pellegrini in 2015/16.

So far this season, Europe has been a blessed relief as the English side have swept aside Porto, Marseille and Olympiakos, scoring three goals in each game to take a firm grip on Group B.

Another victory away to Olympiakos on Wednesday will guarantee qualification for the last 16 for the eighth successive season.

But City have shown little this term to suggest they have learned from the mistakes that have repeatedly cost them in the knockout stages of the Champions League once the level of opposition improves.

The manner of defeat against Spurs was almost an exact replica of the 2-0 victory for Jose Mourinho’s men when the sides last met in February.

Over the two matches at the Tottenham Hotspur stadium, the visitors had 41 attempts on goal without scoring, while Spurs netted with four of their five shots on target.

Lyon, Mauricio Pochettino’s Tottenham, Liverpool and Monaco have also cracked the City code in the Champions League by defending deep and counter-attacking at speed.

Guardiola remains confident City will soon start scoring goals with the frequency they have become accustomed to.

“We have scored in two seasons more than 100 goals. Eighty or 90 percent of the players are the same, especially up front,” he added.

But it is without the ball the biggest questions remain. The intense press to get the ball back of the City sides that accumulated 198 Premier League points in two seasons between 2017 and 2019 has gone.

Without it, even an incredibly expensive array of talented internationals are too easy to play through.

City’s back four of Joao Cancelo, Aymeric Laporte, Ruben Dias and Kyle Walker plus goalkeeper Ederson cost a combined £265 million ($352 million) and were still shredded by the guile of Harry Kane and pace of Son Heung-min and Steven Bergwijn.

Guardiola deliberately kept his spells previously at Barcelona and Bayern Munich short as he felt his intense demands burned out even the best squads.

Should he see out his latest contract, he will spend as many seasons in Manchester as Barcelona and Munich combined.

Unusually for one of world football’s greatest ever coaches, Guardiola finds himself in the uncharted territory of having to rebuild a second great side at the same club.

The early signs have not been promising.