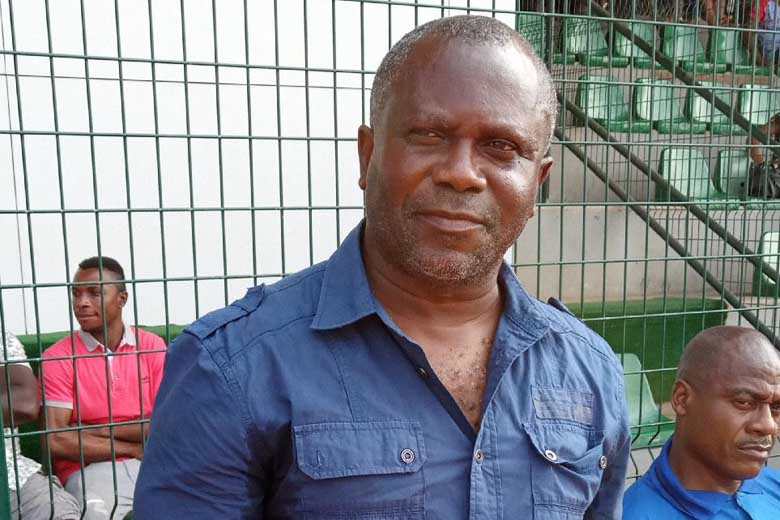 Nasarawa Amazons manager, Christopher Danjuma has described as a turnaround his side’s hard fought away victory at Ibom Angels in the on-going top-flight.

The Lafia side piped the Uyo landladies 1-0 in Wednesday’s Nigeria women Football League (NWFL) Premiership matchday 7 clash at the Practice Pitch of the Godswill Akpabio Stadium in Uyo.

Second half substitute, Ejalonibu Adejoke scored the winner for her side in the 82nd minute to hand the former champions their first away victory in the seven-week old first tier league.

Danjuma said his side have every reason to be grateful to the COVID-19 mandatory test break for the heartwarming results being churn out by the hitherto struggling side.

“When we started the league before the COVID-19 and after the COVID-19 test break I said it was good for us, the break helped us to re-strategise, to strengthen on our perceived weak points and the outcome has been quite fruitful.

“We are going to play home match next and I believe we are going to build on the recent successes especially on the winning we got here today.

“Every team is to be respected, there is no team in the Premier league that is not to be reckoned with.

“Remember that we lost our first two home matches, one we lost to FC Robo Queens and the other one we lost in the dying minutes to Bayelsa Queens so there is no team that is not to be respected,” said the Nigeria U20 women team (Falconets) head coach.

The former Nigerian coach said his game plan for the match against Ibom Angels worked perfectly well in their favour.

“Football is a game of chance, you have your plan before a match, it might work out well for you or it may not then you have to fall on the plan B.

“Every goal we have conceded in the past has always come in the first half now we resolved that we would not allow our opponents to score in the half and when we get to the second half we will see how it works out and it came out well for us,” said Danjuma.

The Lafia side now occupy the ninth position in the 14-team top-flight log on nine points nine behind league leaders, Bayelsa Queens.

The former champions will host Osun Babes in Lafia in next week NWFL Premiership matchday 8 clash.

Sammy Wejinya - August 7, 2020
Chief Executive of Borussia Dortmund chief, Hans-Joachim Watzke had sensationally revealed that "no contact" has been made with Manchester United over England star, Jadon...

Ronaldo on target, as Juve extend Serie A lead

SPN Africa - June 23, 2020
Cristiano Ronaldo scored his 22nd goal of the season for Juventus as the old Lady beat Bologna as to enhance their Serie A...

SPN Africa - June 18, 2020
Southampton Football Club will be introducing a new ticketing website and system for the start of the 2020/21 season, in partnership with SecuTix. A cloud-based...