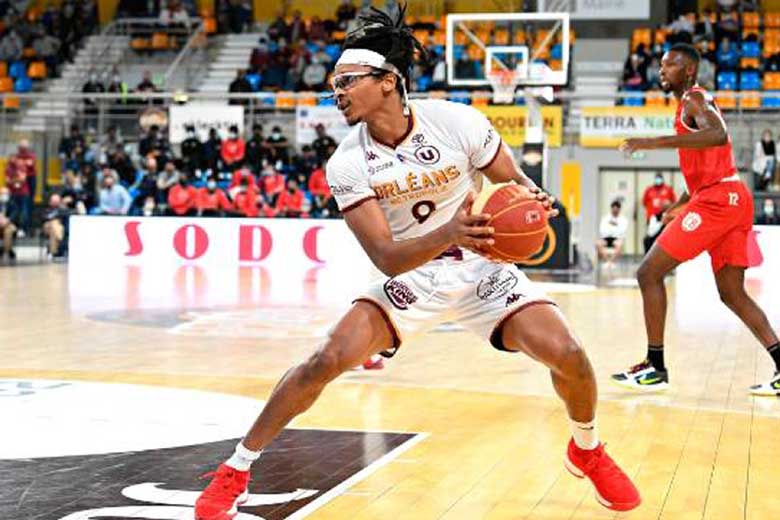 D’Tigers invitee, Chima Moneke is over the moon after being named in the 2021 FIBA Afrobasket 20-man provisional list.

Moneke revealed that he got emotional and cried when he was contacted and invited by the federation.

The power forward who plays for Orléans Loiret Basket in France said it was difficult to control his emotions when he got called up.

“It was a very emotional moment. I cried when I got the call. I called all of my friends, the people that I love the people who care about me and they were very proud of me and most importantly my parents.

“They cried, I cried. I knew they would get emotional because representing my country is probably more important to them than being in the NBA if I ever get the chance to do that,” said Moneke.

He confessed that despite putting in the works he never expected the invitation which made it more amazing.

“It was an amazing moment and I wasn’t expecting it and it made it sweeter,” he said.

Moneke assured that with his deep knowledge about the team as a fan, fitting in into the national team will not be difficult.

“I have plenty of knowledge about the team. I am Nigerian through and through. I was born there and raised. My parents are Nigerians and all my brothers are Nigerians.

“Growing up, it was the Super Eagles but now it is D’Tigers. I am familiar with almost all of the players. I have been watching every competition Nigeria has been in since I became serious about basketball. I follow the players and I know a few of them personally but I am familiar with most of their games because I am just a big basketball fan in general,” said the power forward.

D’Tigers are grouped alongside host- Rwanda, Mali and Algeria who recently withdrew from the qualifiers taking place from November 27 – 29  in Kigali.

NBA uncertain over players salaries due to coronavirus pandemic

SPN Africa - March 22, 2020
NBA players may have their salaries withheld as a result of the coronavirus. A league memo — which was sent on Friday — indicated...

SPN Africa - March 10, 2021
Following the conclusion of the Afrobasket qualifiers in Monstir, Tunisia, Nigerian basketball legend, Ike Diogu has admitted that the team has a lot of...

SPN Africa - March 25, 2021
As the men and women national teams prepare for a busy 2021, the Nigeria Basketball Federation has vowed not to spare any effort in...

SPN Africa - February 9, 2021
Nigerian basketball has extended an invitation to 12 players for the final camp ahead of the 2021 FIBA Afrobasket qualifiers to be held between...