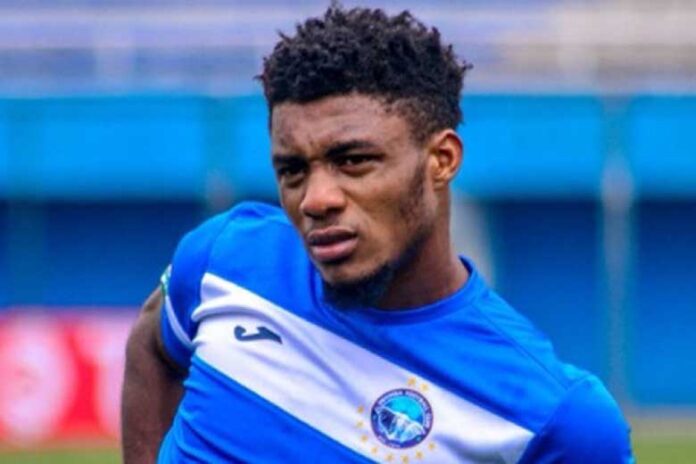 The two-time African champions will host the North African side in Sunday’s Caf Confederation Cup Group A matchday 3 clash at the Enyimba International Stadium in Aba.

Prior to the matchday 3 matchup the nation’s campaigners fell 1-2 to the South African side, Orlando Pirates in Soweto, Johannesburg while the Algerian representatives were beaten 0-1 by the Libyan opponents, Al Alhy Benghazi at their adopted home in Cairo, Egypt.

Iwuala who is among the domestic golden boys that recently helped the Eagles to win the 2021 AFCON ticket at the last two group’s victories against Benin Republic and Lesotho said the key for his side is victory not the number of goals.

“Of course, everybody should normally expect Enyimba to come out strongly to win the clash against the Algerian opponents, ES Setif.

“In football nobody can predicts when goals will come aplenty or not. If the goals come in great numbers, we will joyfully grab it with both hands, if on the other hands it comes in fewer number, that’s fine, too, what matters most is to get the three points at stake.

“We will fight hard to consolidate on the 100% home record while working extremely hard to earn away points,” said Iwuala to SPNAfricaNews.

Iwuala said his side will sorely miss the absence of their teeming fans on matchday but insisted they will be able to handle the unusual situation perfectly well.

“It’s like a big minus to us not having the fans on the stands cheering us to victory as usual but we will cope perfectly well.

“We will take it as a challenge to go all out to get convincing victory for them as compensation.

“We all know and understand the reason for their absence and we appreciate it and other sacrifices,” said Iwuala.

Enyimba are second on the four-team Group A log on three points one behind leaders, Orlando Pirates. The nation’s campaigners will head off to Setif, Algeria to be the guests of the ES Setif on Sunday, April 11 in matchday 4 clash. Two teams will qualify for the knockout stage at the completion of the group’s matches.