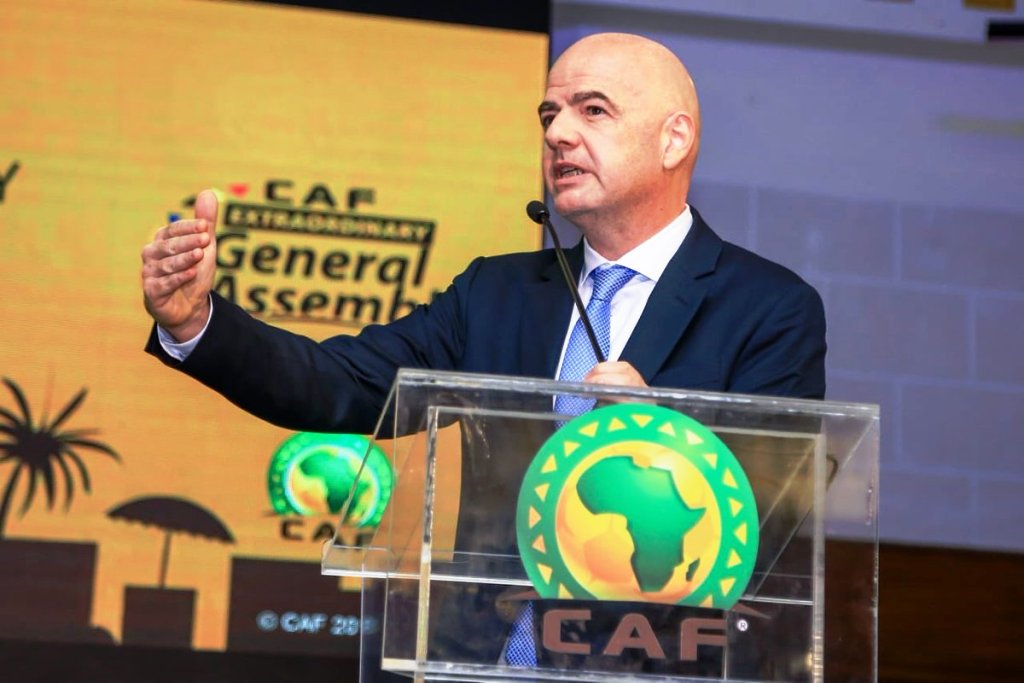 Both the CAF president, Patrice Motsepe and FIFA president, Gianni Infantino will join millions of fans around the continent of Africa and elsewhere around the world for the showcase African footballing event as Afcon 2022 starts in Cameroon on Sunday, January 9.

With the eyes of the international football community and fans firmly on the event, questions abound following a spate of information (and misinformation) on social media regarding the event, of late.

In the following “Q&A” section, SPNAfrica tries to answer some of the key questions.

There is no evidence anywhere that the Fifa President, Gianni Infantino wanted the Afcon postponed and CAF Vice President and Senegalese Football Federation (FSF) President, Augustin Senghor has refuted the insinuations in the media  .

“The president of FIFA, Gianni Infantino, has never considered the postponement of the CAN 2022 “, according to Senghor, who was speaking as a guest on the JDD program on Boxing Day. No-one has come out to contradict him for over two weeks now.

Senghor also believes he and other members of the CAF leadership, while being focused on delivering the biannual African showpiece, have nevertheless remained open to collaboration with other global stakeholders. This includes the European Leagues and the European Club Association, whose recent letters to FIFA expressing concerns about the Omicron variant and covid protocols to be used at AFCON, have attracted widespread attention.

“If we had to be there to deny everything that happens in social networks, in the media, we would not get away. We are a decision-making body capable of making decisions. We are in perfect collaboration with FIFA in many areas. But on this point, I am very clear, I have never felt this pressure about which we are talking about African leaders “, adds Senghor.

Is it true that the Cameroon facilities are not ready and that CAF wants to postpone?

So much has been made about the readiness of Cameroon to host the tournament with a lot of negative reports about the facilities but as we have seen in most of the tournaments over the years, there is always some degree of construction or final touches being put in place until a few days to the events in the past.

CAF inspection teams and executives are in place and nobody is complaining so it is clear that we are good to go.

CAF President, Patrice Motsepe went to Cameroon straight from the FIFA Arab Cup in Qatar and after meeting with the Cameroon Government and the local organizing committee declared that the show must go on

“I will be in Cameroon on January 7 with my wife and kids to witness this incredible competition,” he said.

“We are going to host with the people of Cameroon an exceptional tournament. It will be the most successful Afcon. We are ready to show the world the best of African football and African hospitality.

“This tournament is important for the people of Africa and I’m so proud and so excited with the work done.”

This was also heavily reported that the European Clubs would hold on to their players but following their letter, a decision was reached by FIFA and communicated to the European Clubs Association and most of the African players selected by their countries have all arrived in Cameroon for the tournament.

The Letter from the ECA to FIFA was addressed to FIFA deputy general secretary, Mattias Grafström that

“Against this background, please note that, at its meeting of December 2021, the ECA Executive Board unanimously re-confirmed its position that the three principles referred to above must be strictly respected and, should this not be the case, that players not be released for national team duty,” read a part of ECA’s letter. “At present, these three principles are at risk of not being respected in connection with the upcoming January releases.

“With regards to applicable protocols, as far as we are aware, Caf has not yet made available a suitable medical and operational protocol for the Afcon tournament, in the absence of which clubs will not be able to release players for the tournament.

“For certain clubs expected to release players, including English and French clubs, domestic competition matches are due to take place up until early January and hence, the overlap of the 2022 Afcon release dates (with call ups from 27th of December) are unmanageable.”

Despite the tone of European resistance to the tournament in recent correspondence, FIFA deputy secretary general Mattias Grafström on Saturday confirmed the easing of player release timings as a “commitment of solidarity” to organizations including the World Leagues Forum, European Leagues and European Club Association in a letter seen by The Associated Press.

“CAF has decided that for those players who have official club matches between the 27 December 2021 and 3 January 2022, the participating member associations in question are to be directed that these players may remain with their clubs to participate in these matches and be released after the last match during this period,” Grafström wrote.

Coronavirus and Omicron concerns – Eto’o has the perfect response

There have also been all kinds of reports about the state of the Omicron variant of the COVID-19 virus and its spread in Africa and sometimes, these reports seem to portray Africa as a country, especially when the Omicron travel bans started being placed on travel from South Africa and Southern Africa. This was made a huge African burden but the world knows better now as most of those initial travel bans have been lifted.

CAF, like most of the international federations and leagues, has adopted protocols for the event for each game.

Cameroon and Barcelona  legend Samuel Eto’o, who was recently elected president of the Cameroon FA, had this to say:

“I do not see a convincing reason to postpone the Africa Cup of Nations, the Euro was played during the pandemic with full stadiums,” the 40-year-old said, according to Kingfut.

“They played in many cities in Europe, so why shouldn’t we play in Cameroon?

“If some think we should postpone the tournament, they need to give a good reason.”

Gabriel Ndze, vice president of the local taxi drivers association told the Voice of America in Yaounde that a desire to watch the Afcon games has been driving more people to get vaccinated in the months leading up to the tournament.

“I am not taking the vaccine because I really trust it. No. My main problem is to get to the field, see players like Sadio Mane from Senegal, Mohamed Salah from Egypt and all of those strikers that play in Europe. I have been hearing about them but I have not seen them. This is an opportunity for me to take my vaccine, then get to the field to see them. Most of the people are taking this vaccine now just because of the Nations Cup,” he said.

Cameroon has had its security challenges and a great deal is made of the Anglophone/Francophone divide but football has made this country one of the real giants of the African game and this could be a pivotal moment.

In the build-up to the tournament, there has been relative calm in the country and most Cameroonians are looking forward to hosting a peaceful Afcon.

Who knows… the Afcon could be another of those mythical moments of African folklore like the tales of Brazilian Legend, Pele and Cameroon’s next-door neighbours during the Nigeria Civil war in 1969.

“I learned as a kid, with my father Dondinho, that football is an instrument for good. He taught me that lesson when he saw me dribbling a weaker opponent without any need and asked me to always respect my rivals. I took that for life, always using my talent for love and peace”

“I always tried to send this message, as a football player and as a man. One of my greatest pride was to have stopped a war in Nigeria, in 1969, in one the many football tours that Santos made around the world”

“We were asked to play a friendly match in Benin City, in the middle of a Civil War, but Santos was so beloved that they agreed on a ceasefire on the matchday. It became known as the day that “Santos stopped the war”

So, one month ago, amidst all the frenzy over whether CAF will move the event, CAF General Secretary and his staff moved to Cameroon and held several meetings with the hosts and his words:

“The meetings were important in getting a level of understanding on the state of readiness in Cameroon. There is a lot of work that is being done,” said Mosengo-Omba. “We have to continue with the same momentum. We cannot rest. We have to work around the clock. I’m not resting, the LOC cannot rest. CAF cannot rest. Everyone must join the efforts. We want to see a great Total Energies Africa Cup of Nations here in Cameroon in January next year.”January 9 is here, and Afcon 2022 is here. Cameroon is ready. CAF is ready and It’s Africa’s time.

Dreams on Wheels – the young Zimbabweans bringing skating to the...

Agency - July 31, 2021
If 23-year-old Tanaka Maxwell Chembezi was stuck on an island and could only take one thing, it would be his skateboard. He is on...

Sammy Wejinya - September 28, 2020
Lionel Messi made history on Sunday (September 27) as he inspired FC Barcelona to a resounding 4-0 victory over Villarreal at Camp Nou. Youngster,...

How to form a winning partnership – UTCT and Table Mountain...

Sammy Wejinya - February 4, 2021
Rivers United missed the chance to move to the top of the Nigeria Professional Football League (NPFL) on Thursday as they suffered a 2-1...