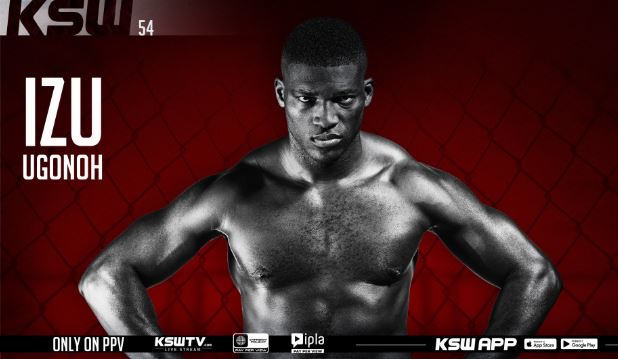 Heavyweight boxing champion Izu Ugonoh is making the switch from boxing to MMA, signing for KSW, SPNAfrica has learnt.

The Polish boxer, born in Szczecin, Poland to Nigerian parents will make his MMA debut at the next KSW event, KSW 54. A date for the event has yet to be announced.

Ugonoh, who began his career in kickboxing where he won the WAKO World K1 Championships in 2009 before moving on to boxing. He massed an impressive 18-2 record in boxing, including 15 knockouts and technical knockouts and winning several boxing titles including the IBF Mediterranean, WBO African, and WBA Oceania heavyweight titles.

He is honing his MMA skills at the renowned WCA gym in Warsaw, Poland, home to the likes of Jan Blachowicz, Daniel Omielańczuk, Olympic medalist Damian Janikowski, and KSW legend Lukasz Jurkowski.

KSW CEO, Martin Lewandowski said he was excited about the former boxer’s prospects.

“I am extremely happy to officially sign Izu Ugonoh to KSW. If you have watched him compete in boxing you will know how explosive and dynamic he is.

“He brings a striking skill set into MMA that will be hard for anyone to match and he is training with one of the best MMA gyms in all of Europe so I am excited to see how he transitions into the sport of MMA.

“His debut will come at the next KSW event and I promise you won’t have to wait too long for that. News will be revealed soon regarding KSW 54 and Izu’s debut,” Lewandowski told kswmma.com.