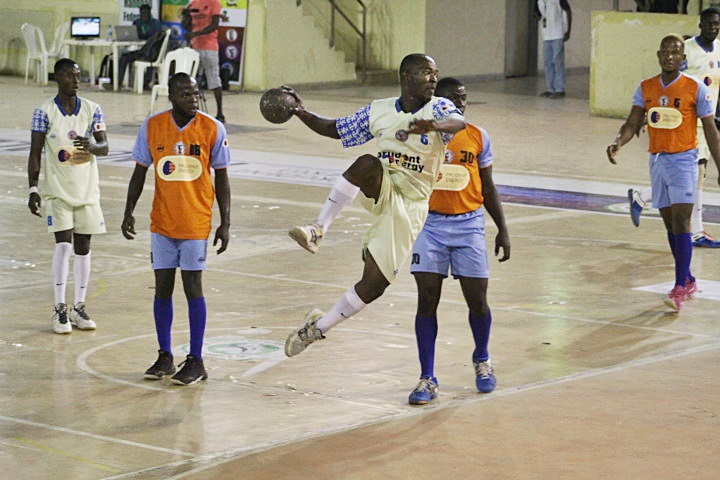 The 2018 winner of the Prudent Energy Handball Premier League, Niger United are without win at the ongoing 2020 edition at Indoor Sports Hall (Package B) of the MKO Abiola National Stadium, Abuja.

The former Africa Champion lost their 4th straight match in the league after they succumbed to the superior fire power of Safety Shooters 22-24 in a matchday 5 tie on Wednesday.

Niger United coach, Yekini Adebayo blamed his side plight on the exodus of players who left for greener pastures elsewhere especially to their rivals.  The match against Safety Shooters was supposed to be a redemption clash for the Minna based team.

“We almost lost the entire players to our rivals so these crops of players are quite new and inexperienced but we hope to get it right as the league progresses.

“There is no cause for alarm, it’s still in the morning as far as the league competition is concerned,” said Adebayo.

Safety Shooters have now won all of their matches played in the league so far.

In other matches played in the men category, Rima Strikers defeated Confluence Stars 32-27 while Delta Force could not match up to the gun blazing COAS Shooters as they lost to the Army Boys 25 -34.

Humphrey Njoku - April 5, 2021
Nigeria has been drawn in Group B of the upcoming 24th Africa Women Handball Championship together with the hosts, Cameroun, DR Congo and Kenya. Reacting on...