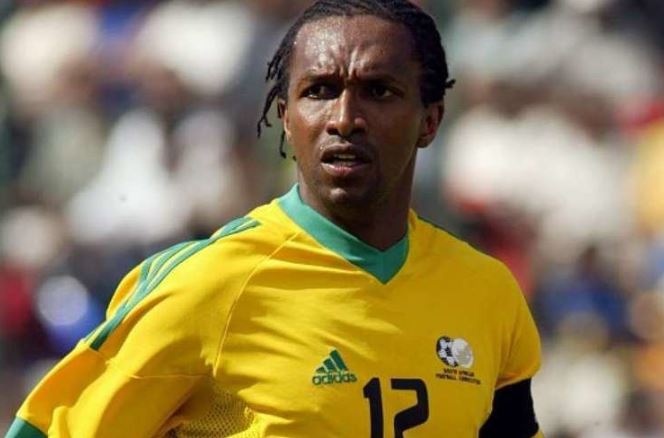 John “Shoes” Moshoeu, one of the greatest South African players is fondly remembered today, five years to this day that he passed away at the Morningside Hospital after a long battle with stomach cancer, aged 49 on April 21, 2015.

The former South African International was a key member of the Bafana Bafana Afcon 1996 winning team and made  73 appearances for Bafana Bafana scoring eight goals, an international career that included six major tournaments and the France 98 World Cup, South Africa’s first at the global stage.

Shoes was  equally famous for his career with Soweto giants, Kaizer chiefs.

Moshoeu began his professional career with Giant Blackpool, before moving to Kaizer Chiefs for his first spell with the Soweto giants and 6 other Clubs  in South Africa and Turkey, from 1987 to 2014 when he finished his career as Player manager of Alexandra united after a stint with Amazulu.

In Turkey, he will star for Gençlerbirligi, then Kocaelispor, Fenerbahçe and Busaspor .He will always be remembered as one of Africa’s true great Athletes.

South African fans took to Twitter to pour some tributes.