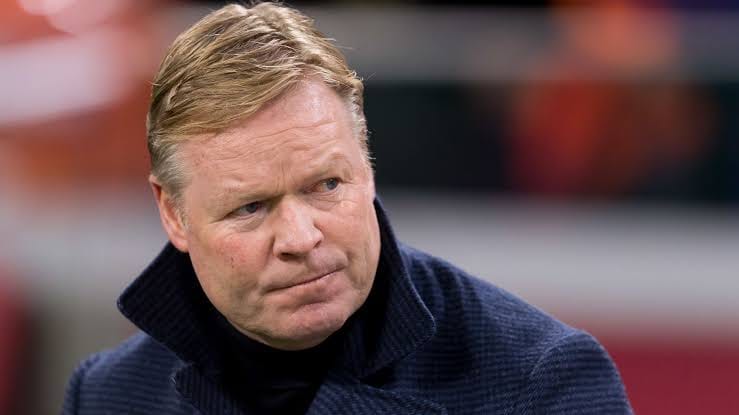 Head coach of FC Barcelona, Ronald Koeman says he is losing sleep over the club’s unconvincing start to this season’s Liga Santander.

With Saturday’s (October 31) 1-1 draw at 10-man Deportivo Alaves, Barca equalled their worst tally of points accumulated in Spain’s top flight after six games since the Spanish competition reverted to three points for a win.

France international, Antoine Griezmann levelled for the Catalans after Luis Rioja opened the scoring for the home side at Estadio Mendizorroza. Unhappy with the draw, Koeman did not hold back.
“I’m worried by our performance in attack,” Koeman – in his first season at the helm after replacing Quique Setien – said.

“It’s not an attitude problem, nor concentration, but it’s a question of being more assured in front of goal.
“It happened to us against Juventus and today as well. Furthermore, we gifted Alaves their goal. But if we create that many chances, we can’t miss so many. If you create chances and you only score one, it’s not good.
“Of course I’m worried that we’ve only picked up two points from the last 12 [available]. I think the play has been, in general, very satisfactory. I’d be more worried if we weren’t creating chances.
“We have to perform better in front of goal. The final pass, the final shot. We can’t miss so many [chances]. We’re missing too many,” Koeman said.

Lionel Messi’s struggles also continued – the superstar Barca captain has now gone 877 minutes without scoring in open play.
Messi’s last open-play effort came against Napoli in the Champions League back in August, although he has scored three penalties and one free-kick since then.

On Saturday, Koeman made three changes at half-time, introducing Miralem Pjanic, Pedri and Trincao for Sergio Busquets, Clement Lenglet and Ousmane Dembele following Rioja’s 31st-minute opener.
“I wasn’t happy with the first half,” said Koeman. “I made three changes because I wasn’t happy and there were some players on a yellow card.
“If you criticised me the other day for making changes too late, today I made changes at half-time. I wasn’t happy with our first half and there were people on the bench with the capability of scoring. I wanted to change things to win the game.”

Akanni spells out a solution to Eagles’ poor performances

Humphrey Njoku - November 19, 2020
Former Nigerian defender, Waidi Akanni has described as "an ill wind that blows no one any good" the over-reliance on foreign-based players by the...

Serie A – Lukaku, Inter on a roll

Sammy Wejinya - November 20, 2020
Liverpool manager Jurgen Klopp has revealed that he has had discussions with the club’s talisman, Mohamed Salah about his attendance at his brother’s wedding...

Sammy Wejinya - January 6, 2021
Ole Gunnar Solskjaer has sensationally claimed that Jurgen Klopp may have been trying to influence referees by discussing the penalties awarded to Manchester United.Liverpool...