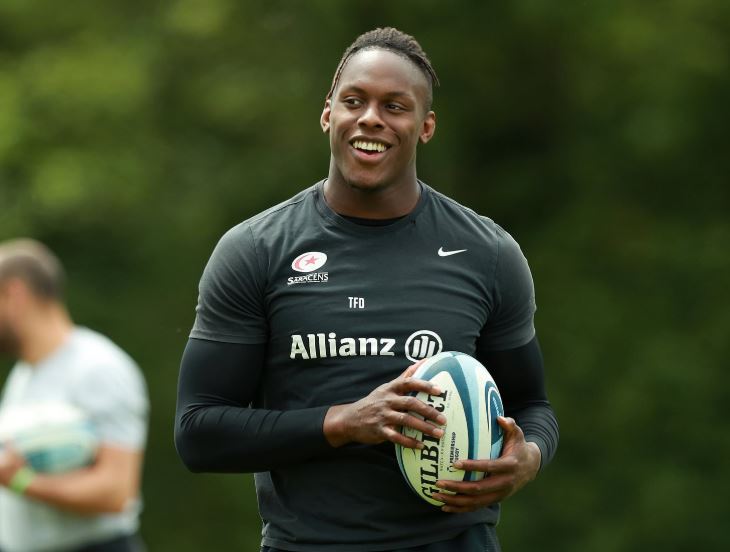 He may represent England on the field but international rugby player and Saracens star, Maro Itoje is very proud of his Nigerian heritage and one in a long list of past and present top-ranked players with roots in the West African country.

Itoje has named his dream Nigerian-British rugby team on social media and the post has attracted wide and generally very positive reaction on the web.

The England International hosts his own podcast, ‘Pearl Conversations’ and enjoys considerable followership and engagement on social media.

Itoje’s selection of a possible Nigerian-British rugby team includes some of the brightest young talent in English rugby and he has selected himself as team captain as well as some famous names on the coaching staff, highlighting just how influential Nigerian talent has become for England – and perhaps what’s possible for Nigeria.

“A lot of experience in the coaching staff! A dangerous backline who would look to break up the game. Five metres out with the pick and go game with our heavy front row will be a weapon.”

He chose himself at blindside and has selected Ugo Moyne as director of rugby, Steve Ojomoh as forwards coach, Topsy Ojo as backs/skills coach, Victor Ubogu as scrum coach, Maggie Alphonsi as breakdown coach and Aunty Funke as team manager.

Itoje tweeted about how dificult it has been to arrive at his list of 15 from what is a really wide pool – incluidng choosing another 5 on the bench.

His front-row consists of Beno Obano, Gabriel Oghre and Biyi Alo, the second row of Emeka Ilione and Nick Isiekwe and the back row of Itoje, Andy Christie and Simon Uzokwe.

Sammy Wejinya - 09/09/2020
England duo of Phil Foden and Mason Greenwood have been sent home from the England camp as...
FA Cup

Agency - 30/03/2020
Tottenham Hotspur striker Harry Kane said on Sunday that he could leave the Premier League club if the team does not progress...
Football

Sammy Wejinya - 26/07/2020
Young Arsenal star Bukayo Saka, who is eligible to play for both Nigeria and England, may have...