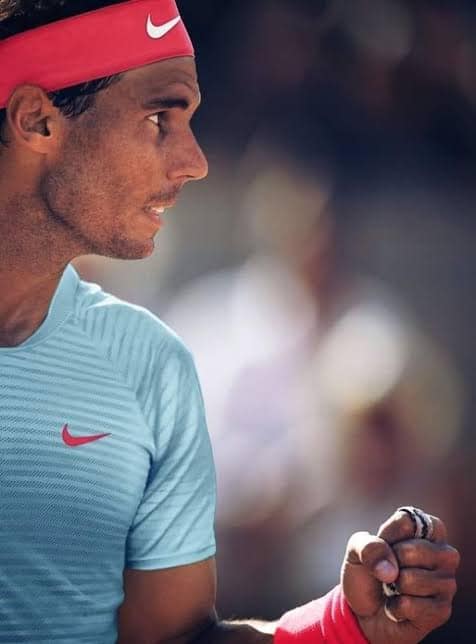 World number Rafael Nadal is pleased that he accomplished the feat of winning 1,000 matches as a professional even as he joked that the only negative of bringing up his landmark career win was that it means he is now “very old”.
Nadal achieved the feat as he came from a set down to defeat Feliciano Lopez 4-6 7-6 (7-5) 6-4 at the Paris Masters.
Wednesday’s clash was the first time Nadal has played since he claimed his 13th French Open title last month.
The 34-year-old now sits fourth on the list of players with the most wins in the Open Era, behind Jimmy Connors, Roger Federer and Ivan Lendl and the Mallorcan was quick to voice his sentiments after the accomplishment.
“Of course [I am proud] but there is one negative thing and that is that you are very old to get to 1000, you are very old,” Nadal told reporters.
“Because to win 1000 matches you have to have a long career, but I am super happy. To arrive at that number means I did a lot of things well over a long time.
“Thanks to everybody – the ATP, to the French Federation, to everybody, my uncle, it’s not the same without the crowd.
“I am proud of a lot of things honestly, but I faced some challenges in my career, ball injuries and I always have the passion to keep going and the dedication and humility to accept the challenges when things don’t go the way you expect.
“Of course it’s a big achievement to be playing at the age of 34 and at the same time still being competitive is still something very important for me and makes me feel proud and happy and proud about all the things that, not just me, the whole team have achieved.”

Sammy Wejinya - February 1, 2021
The first tennis grand slam tournament of the year, the Australian Open is set to kick off in one week and after two weeks...

Sammy Wejinya - August 2, 2020
The Palermo Open suffered a big blow as a tennis player scheduled to take part in the competition tested positive for COVID-19.Making the announcement...