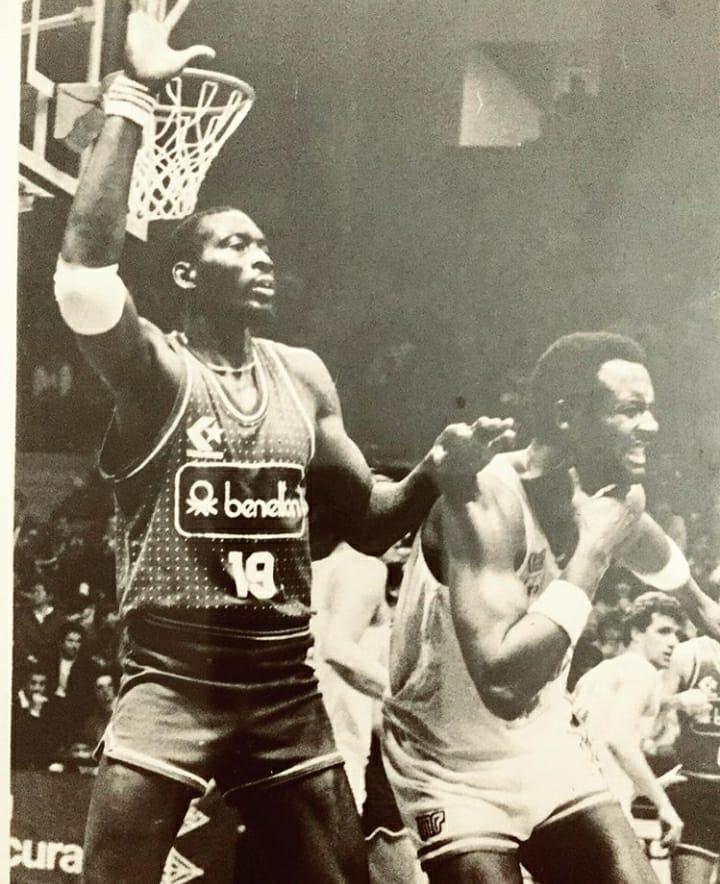 Popularly known as Yomi Basket, Sangodeyi was a regular face in Nigerian national teams at many of the international tournaments played during the late 70s and 80s.

In an emotion-laden statement issued by the Nigerian Basketball Federation board and its president, Engr Musa Kida, Sangodeyi was described as a big brother and a legend of the game. The former basketball great died on Tuesday (October 20).

Reminiscing on the life of the deceased, Kida said, “He was like a big brother to many of us then in the National Team. He made it easy for us as young athletes to find our feet and settle in the team during our active days.

“We have not just lost a great basketball mind that got drafted by the NBA in 1984 by the New Jersey Nets, we have lost one out of the two FIBA Hall of Famers from Nigeria, the other being Mr. Babs Ogunade the VP of the NBBF. He was our national treasure who typified everything basketball stood for in Nigeria and beyond.”

According to a 2017 ESPNAfrica article, Sangodeyi was listed alongside Akeem Olajuwon, Alabi Adelanwa, Joe Garba and Emmanuel Chagu as one of the five greatest Nigerian basketball players.

He was arguably the first and best Nigerian centre of the modern era and became Nigeria’s first full-time professional basketball player.

“Yomi was a complete basketball player which many today would have found difficult to handle. He had a great impact on our generation with the famous NBA Hall of Famer, Hakeem Olajuwon being one of his students while in the national team.”

Sangodeyi studied Criminal Justice at Sam Houston State University, Texas in the USA, as a student-athlete.

He went on to play in Italy, Spain, Turkey, Israel, Argentina and Brazil where he left his mark.

He was buried according to Islamic rites.

“Only the best” to represent Nigeria in Tokyo – Kida

Humphrey Njoku - March 22, 2021
The Nigeria Basketball Federation has advised Nigerians to stop speculating over the final 12 man roster ahead of the 2020 Olympics in Tokyo for...

Harden to return but NBA Rockets send only nine to Portland

Agency - December 26, 2020
Three-time reigning NBA scoring champion James Harden will play for the virus-hit Houston Rockets when they open the season Saturday at Portland with only...

Agency - December 23, 2020
The Los Angeles Lakers sure didn't have long to savor their 17th NBA title. Little more than two months after the Lakers locked up the...