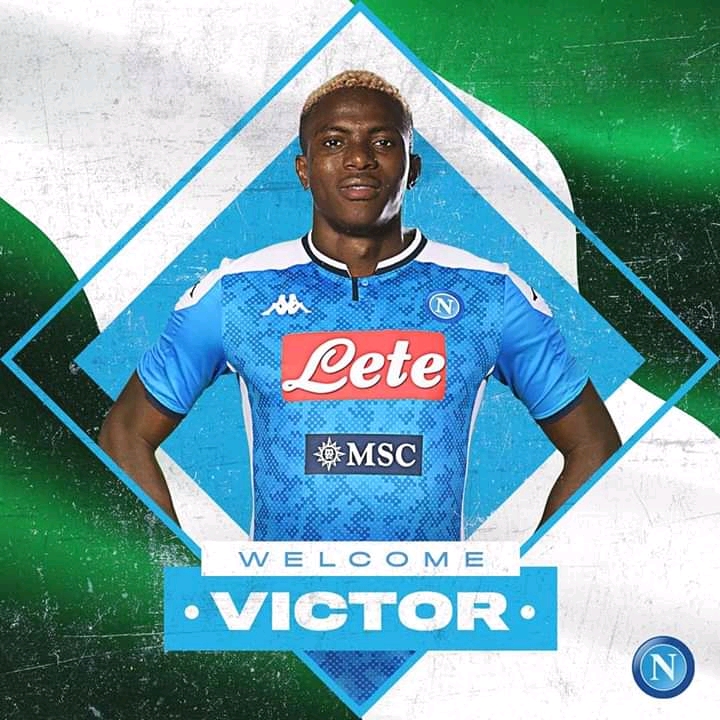 Victor Osimhen has impressed following his switch to Italian club, SSC Napoli from French club, Lille OSC but the attacker is far from guaranteed a starting place in his new club.

The Super Eagles forward has scored six times in two pre-season games for the Partenopei and has been tipped to be one of the most important players in Serie A in the 2020/21 season. However, reports in Italy on Monday claim that the 21-year-old will be left of the Napoli starting XI when the Partenopei face AC Parma at Stadio Ennio Tardini on Sunday (September 20).

The respected Italian media outlet, La Repubblica is reporting that the Napoli head coach, Rino Gattuso will hand a place in the starting line to Andrea Petagna ahead of the Nigerian.

Petagna is 25-year-old Trieste-born attacker who completed an €18 million move from SPAL to Napoli on August 31, 2020. He netted 12 goals in over 33 league starts for SPAL last season.

La Repubblica reports that Gattuso will start Trieste, Dries Mertens and Lorenzo Insigne in the Napoli attack against Parma on Sunday.