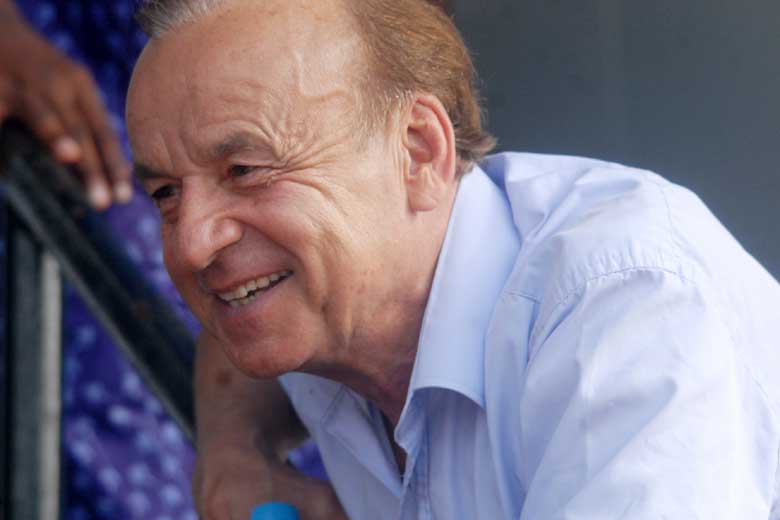 Sports minister Sunday Dare questioned the competence of the German coach after the Super Eagles failed to win a match this year, drawing three times and losing once.

But football authorities are less keen to go for the gun confirming Rohr would continue to lead Nigeria to the Africa Cup of Nations in 2022 as well as the 2022 World Cup in Qatar.

“Rohr has done well as our coach, qualifying us for the World Cup and finishing third at the AFCON. It was the same coach who beat Argentina and drew with Brazil in friendlies,” Nigeria Football Federation (NFF) president Amaju Pinnick explained.

“He has our full support.”

“Sacking Rohr is not as easy as Nigerians see it, the football federation would have to pay him off,” he said.

Such a pay-off is reportedly put at around $1.2 million. Two of the draws were with Sierra Leone, who are ranked 120th in the world by FIFA, and it included a 4-4 draw in Benin City, southern Nigeria, where the home team led 4-0 after half an hour.

Sammy Wejinya - June 4, 2020
Absa's sponsorship of South Africa's top flight, the Premier Soccer League (PSL) will come to an end at the end of the current season.The...

Lewandowski nets twice as Bayern roar back to floor Mainz

Agency - January 3, 2021
Robert Lewandowski netted twice as Bayern Munich roared back from two goals down to earn a 5-2 home win over Mainz on Sunday which...