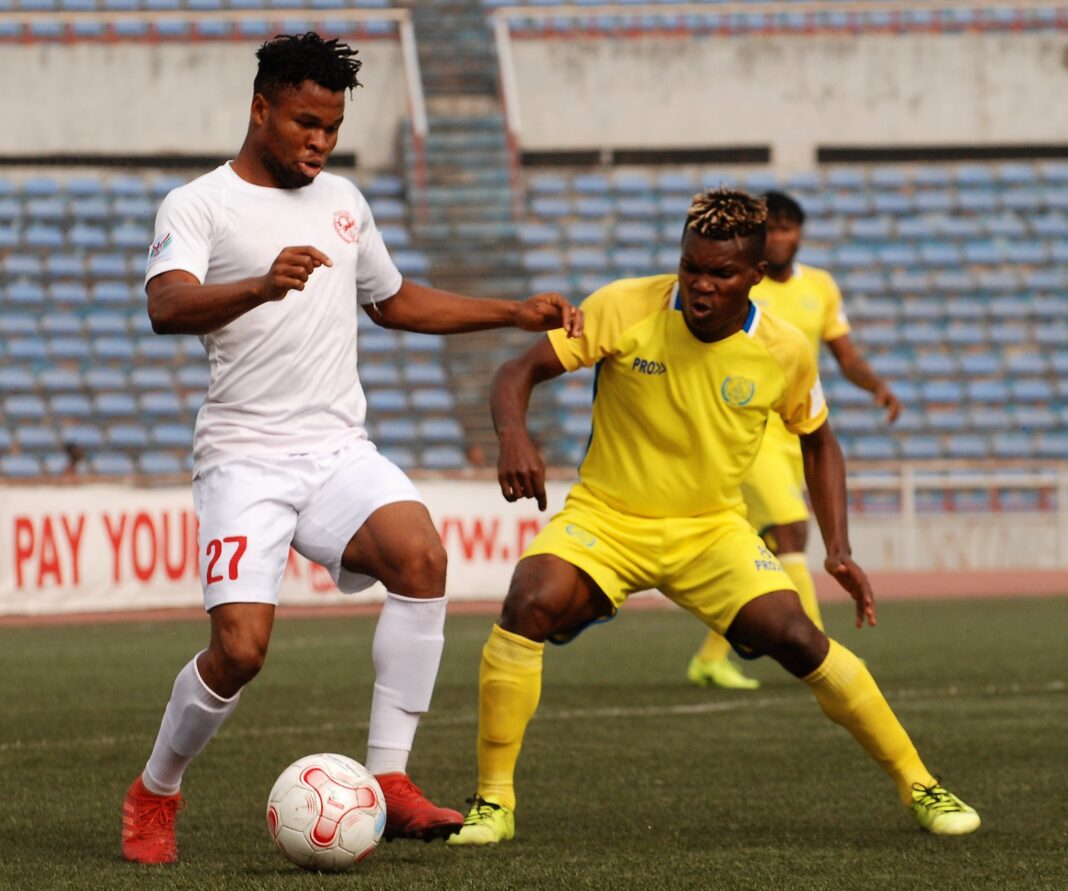 A delegation of forty players, technical team, and backroom staff of the ‘Flying Antelopes’, Rangers International F.C under the technical leadership of former Super Eagles coach, Salisu Yusuf, will be hitting Ebonyi state capital, Abakaliki on Monday, (November 23). The team will hold a one-week camping exercise to fine-tune the squad for the start of the 2020/2021 NPFL season.

Coach Salisu expressed optimism ahead of the season. He described the camping exercise in Abakaliki as one that will enable him and his assistants to take a closer look at the players that will defend the colors of the club as they target a double in the coming season.

“Sincerely, with what I have seen of the players since we resumed, I believe we shall make our fans very happy at the end of the season. As we go for the one-week close camping in Abakaliki, it will give us ample opportunity to do the finishing torch to the team we are building to fly our flag very high,” said the vastly experienced gaffer.

Enugu captain, Tope Olusesi said, “The pre-season will continue in Abakaliki and I believe it will give the players enough time to create the understanding needed to challenge for both the Aiteo and league trophies in the coming season.”

While in the ‘Rice City’, Abakaliki, Rangers will engage some teams in friendly games. Fellow NPFL side Dakkada is believed to be one of the teams lined up for friendlies.

Twenty-seven retained and ten new players made the trip for the close camping with former Dakkada players, Femi Ajayi and Esor Achibong leading the new ‘Antelopes’ while reliable like Osas Okoro, Ibrahim Olawoyin, Tony Shimaga and Israel Abia are leading the retained players.

Rangers will be making a road trip to Port Harcourt for a date with Rivers United in a matchday 1 fixture, before returning to the Coal City, Enugu, to play host to Akwa United F.C of Uyo a week later.

Sammy Wejinya - September 4, 2020
Real Madrid forward, Gareth Bale has insisted that the reason he is staying on at the club is that Real is making it difficult...

Lauren: Arsenal’s invincibles rarely got along

Sammy Wejinya - May 4, 2020
Former Arsenal star, Laureano (Lauren) Bisan Etame-Mayer has revealed that things were not always plain sailing for the Arsenal squad that went through the...

Sammy Wejinya - June 7, 2020
Portuguese superstar, Cristiano Ronaldo has achieved another landmark as he has been declared as the first $1 billion footballer by Forbes.The latest figures puts Ronaldo ahead...