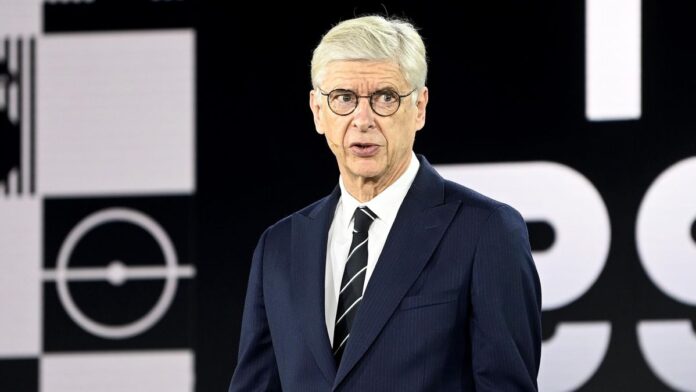 The South American football Confederation, Conmebol has challenged Arsene Wenger in  letter to FIFA  for suggesting Africa’s infrastructure is inadequate for talent development and this has opened up a debate about what Wenger said recently at a recent Coaching Conference in Germany

Wenger, who is  currently FIFA’s chief of global football development is well known for his role in the development of some of Africa’s biggest football Stars in his time as Coach of Monaco in France and Arsenal in the premier league

CONMEBOL said Wenger’s comments ‘beyond showing an unusual ignorance about the valuable input of African players in world soccer, and particularly in Europe, show a denigrating twist that hides the effort of footballers and sporting institutions that are not in Europe’.

‘Just like Africans, we South Americans know first hand that kind of behaviour that comes from the belief that the world begins and ends in Europe,’ CONMEBOL added.

Let’s take a look at the crux of the matter – What did Wenger say?

Arsene Wenger’s comments during a recent coaching conference in Germany, where he said that ifPSG  and France star, Kylian Mbappe ‘had been born in Cameroon, he wouldn’t have become the striker he is today”.

He also said Europe is the only continent where players can reach their true potential.

‘There’s Europe and there’s the rest of the world,’ Wenger said. ‘The latter needs help, otherwise we’re going to miss a great deal of talent.’

CONMEBOL said frequently that “most objectionable prejudices are disguised as reasoned and intelligent reflections.”

Is Wenger right about Africa?

There is also no doubt about the lack of infrastructure in most of the continent. You can pick the north African countries of Egypt, Morocco, Algeria, Tunisia, and libya before the devastation from the war and obviously South Africa as Countries with good infrastructure out of 54 member associations of CAF

Africa has produced great players from pre independence to the 60s and beyond, you can see the difference in the fortunes of those who migrated to Europe and those who remained in Africa.

Chitalu scored over 100 goals in 1972 but no one took notice, but when Lionel Messi scored 93 goals for Barcelona in 2012, 40 years later, everyone waxed lyrical about it as something no one had ever achieved.

Milla moved to Valenciennes in  France in 1977,   while Odegbami continued to torment African defences, emerging top scorer at the Afcon 78 in Ghana where Nigeria finished third and again in 1980 when he led the Super Eagles to their first African title.

However, it is Milla with his exploits in France with Monaco, Bastia, St Etiene, Montpellier and heroics for Cameroon at the 1982, and especially the 1990 and 94 World cups that is more celebrated

George Weah was born in Liberia, but needed a move to Cameroon, where he stared for Tonnerre of Cameroon in the Caf Champions Cup in the 80s to get continental attention, and eventually attract European Coaches and scouts

Wenger and the heart for Africa

Arsene Wenger has a special place in African Football for his role in the careers of so many African great football Stars but two stand out, the aforementioned Weah and Nigerian international, Nwankwo Kanu

Here’s George Weah on Wenger, “He was a father figure and regarded me as his son. This was a man, when racism was at its peak, who showed me love. He wanted me to be on the pitch for him every day.

“One day, I was quite tired of training and told him that I was having a headache. He said to me: ‘George, I know it’s tough but you need to work hard. I believe that with your talent, you can become one of the best players in the world.’ So, I listened and kept going on. Besides God, I think that without Arsène, there was no way I would have made it in Europe.”

Wenger had this to say,  ‘I remember when I saw him the first time at Monaco, coming in a bit lost, not knowing anybody, not being rated by anybody as a player and becoming the best player in the world in 1995 and today becoming the president of his country,’

Nwankwo Kanu on the other hand, was born in Nigeria, and in 1993 inspired his country to the World U17 title in Japan before earning a move to Ajax where he would alongside compatriot, Finidi George win three Dutch league titles with Ajax Amsterdam and the 1995 UEFA champions league

His stock was on the rise when he led Nigeria to the Olympic football Gold medla in 1996 earning a move to Inter Milan.

Kanu’s career almost ended when he was diagnosed with a heart ailment which put his career in jeopardy even after surgery.

However, his career was rescued by Arsenen Wenger who took a gamble on him signing him for Arsenal where he blossomed and enjoyed perhaps his best years including being part of the “Invincibles’ who won the premier league unbeaten in 2004.

“Wenger is not just a football coach. He’s a man who knows we are all human beings before footballers. And that’s why he was able to affect the lives of so many people positively,” former Nigerian international Nwankwo Kanu, who helped Wenger win two league titles, told Al Jazeera.

It can be argued that Wenger does know a thing or two about talent development in Africa with his first hand experience with African players.

There’s no doubt about South America or any other continent for that matter having better infrastructure but Africa definitely needs a great deal of help to move beyond the amateur state of affairs, which is why the recent survey that Wenger is leading makes a lot of sense.

Wenger said: ‘Amateur football is a crucial foundational aspect of global football development. A strong amateur football system ensures that anybody wanting to play football has the opportunity to do so at any level, allowing all aspects of the game to flourish in that country.

The FIFA Amateur Football Programme, which is closely linked to the FIFA Talent Development Scheme, is part of our commitment to develop the base layers of the football pyramid, whilst providing all of our Member Associations with growth opportunities from a global perspective.’