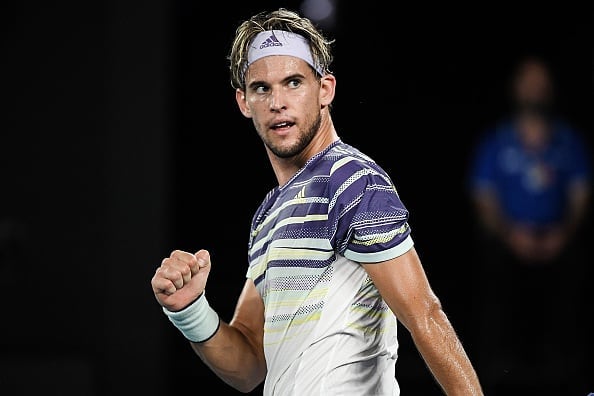 German tennis star, Alexander Zverev has taken the time to respond to tennis legend, Martina Navratilova after criticism of his performance as he qualified for the US Open semi-finals. Zverev, who is seeded fifth in the Grand Slam, defeated Borna Coric to progress to the final four.

She was scathing in her assessment.
“He (Zverev) will not be able to win against the top players playing the way he did (on Tuesday),” Navratilova told Amazon Prime.
She said Zverev needed a display more similar to his final set and to “play better tennis overall”.

Zverev was unhappy with the criticism, pointing to his record against Roger Federer (4-3 head-to-head) and Novak Djokovic, who he has beaten in two finals.
“Maybe she should look at my record against the big guys. Maybe she should look that I’m positive against Roger. Maybe she should look that I’ve beaten Novak on multiple occasions in big matches and finals,” he told a news conference.
“And I’m in the semi-finals, and sometimes not playing your best and finding a way is more important than playing your best.
“But she’s a grand slam champion, as well, multiple grand slam champion, she’s respected, but her opinion right now does not matter to me.”

With Djokovic out of the tournament, there will be a first-time major winner in the men’s draw in New York. Zverev said he was below his best against Coric as he reached his second grand slam semi-final.
“I mean, look, obviously, yeah, I didn’t play well. It’s no secret about it. I was down 6-1, 4-2 after about 28 minutes. It’s not a secret I didn’t play my best,” he said.
“But I found a way, found a way to win that second set, and I feel like that’s the most important.
“I think the Novak news shocked us all, and obviously for us younger guys, we see that as a massive opportunity, but we have to put our head down and just do our job and focus on ourselves.”
Zverev will face Pablo Carreno Busta in the last four.

Sammy Wejinya - April 1, 2020
This year’s third major, Wimbledon has been cancelled.The decision was taken following the outbreak of the coronavirus pandemic.It followed an emergency board meeting of...