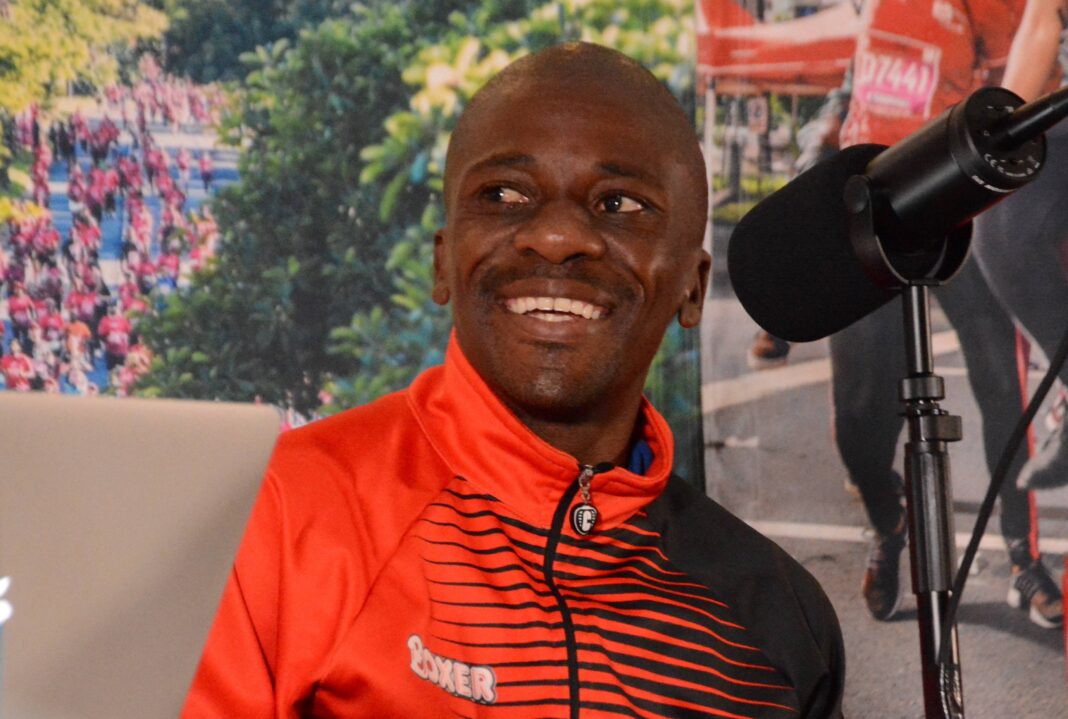 The Absa RUN YOUR CITY Series could become the best 10km series in the world, according to the series founder, Stillwater Sports MD Michael Meyer. And tomorrow’s (Sunday 15 May) series opener in Cape Town could go a long way to achieving that aim.

“We are grateful to our partners Absa, Puma and the City of Cape Town for the part they are playing to achieve our vision of making this the best in the world,” said Meyer at a media conference in a city hotel yesterday. “They’ve allowed us to create events in South Africa which attract the best athletes to come and run.”

Tomorrow’s package comprises both quality, including some of the continent’s finest athletes, and quantity, with 10 000 runners taking part in the dash from Milnerton into the city centre and promises to deliver breath-taking performances on the fastest 10km course in the country.

The race will also provide strong support to runners in need. “Absa will donate R1 for every kilometre run in order to provide running shoes to those most in need,” Absa Regional Executive: Physical Channels (Retail Banking), Haroon Abrahams, stressed at the conference.

Apart from the news, reported earlier on this platform, that Ethiopian star athlete Genzebe Dibaba will be racing in Cape Town tomorrow and that a top-quality east African contingent were due to arrive in the Mother City yesterday afternoon to compete, a number of the South African athletes were on hand at the conference to provide their perspectives on the event.

South African 10km record holder and winner of the 2016 Cape Town race, Stephen Mokoka, urged the race organisers and their sponsors to take the series country-wide. “The benefits of a series like RUN YOUR CITY are that it reaches out to all communities,” said Mokoka.

“I recall as a young man in rural Mafikeng hearing about a big 5km race due to take place two days later and I won a bicycle! So imagine an Absa series reaching to all parts of the country and helping identify the next Hendrick Ramaala and Caster Semenya!”

South African 5000m record holder, Elroy Gelant, welcomed the opportunity to race international athletes on home soil. “Most of our athletes don’t get the opportunity to race overseas but now they can race against some of the best at home,” said Gelant. “That will also help us pull up our socks and run faster times so that when we do travel abroad, we can compete against them.”

Lesotho’s Neheng Khatala, who won the Retail Langa Marathon in Cape Town last May and placed second to Kenyan Jesca Chelangat in the Absa RUN YOUR CITY CAPE TOWN 12km last November, looked forward to mixing with the east Africans once more and taking the opportunity of improving her 10km time.

Durban-based Glenrose ‘Supercharger’ Xaba admitted to enjoying running in Cape Town and getting support from the local spectators but expressed concern about the variable weather conditions. “I’m happy because I’m over my injury and running strongly now,” Xaba reflected.  “I hope the Southern African athletes can support each other on Sunday to run fast times.”

Another athlete from Durban, Tayla Kavanagh (21) will be looking to move even higher up the all-time South African 10km rankings just two weeks after racing an international 10km race in Germany. Currently only Elana van Zyl, Colleen de Reuck, Dominique Scott and Irvette van Zyl of South African athletes have ever run faster than her 32:10.

“Going to Germany last month for the Road to Records 10km in Herzogenaurach was a great experience,” Kavanagh reflected. “Dom Scott has been one of my heroes so to room with her at the race was incredible. She was so encouraging and supportive.

“I’d thought that the course would be really fast but in fact I found it quite challenging!  It was a 2,5km circuit with some climbing. But to race with the world’s best athletes was huge for me and I hope I will be able to take lessons from it for Sunday’s race.

“Maybe I’ll be able to dip under the 32-minute barrier. That would be a dream.”

Special Edition – something out of the ordinary

It’s all systems go for the Trail Triple Crown

Sammy Wejinya - April 12, 2020
Former British number one tennis player, Tim Henman has declared that the coronavirus pandemic which has led to the suspension of the tennis schedule...

Jota out for the rest of the campaign

Mex Mex - May 20, 2021
Diogo Jota will not take part in Liverpool's final games for the rest of the 2020-21 English Premier League.The fate of the Portuguese forward...

Woodward expects no normality for Man Utd in transfer window

SPN Africa - April 26, 2020
Manchester United’s executive vice-chairman, Ed Woodward has declared that it may not be "business as usual" for the club in the summer transfer market.Woodward...

Benzema stands by jibe at Giroud

Sammy Wejinya - March 30, 2020
Real Madrid forward, Karim Benzema has insisted that he did not lie over what many believe was a thin-veiled critricism directed at France striker,...