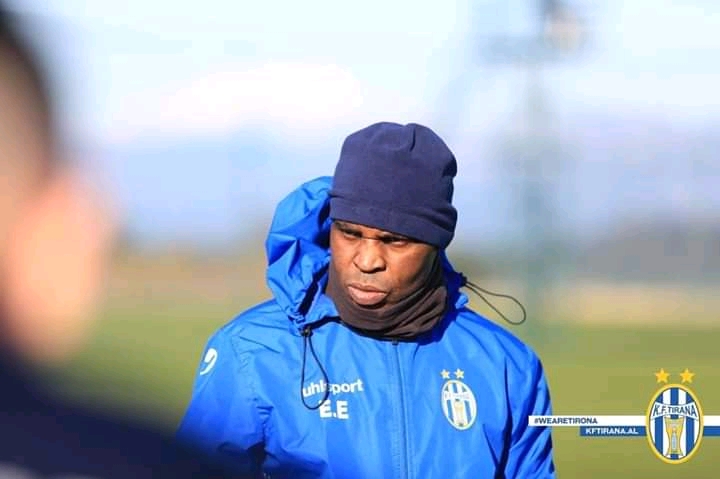 KF Tirana were confirmed Albanian champions on Sunday (July 19) after title rivals and second placed side, Kukesi lost 1-0 at Vilaznia.

Kukesi’s defeat means Tirana are seven points ahead of them with two games left to play in the season.

The former Super Eagles goaltender is the first African coach to win a title with a European side.

Amokachi on his radio programme ‘The Bull’s Pit’ on Nigeria’s Brila FM on Monday (July 20) praised Egbo for the landmark achievement.

“The media should not go and sleep on this we should celebrate ours because it’s not something small this young man just achieved.

“To be a head coach in Europe and win a league in Europe I think we should celebrate him,” said Amokachi.

Egbo will have the chance to make it a double for Tirana if they win the Albanian Cup final on August 2.