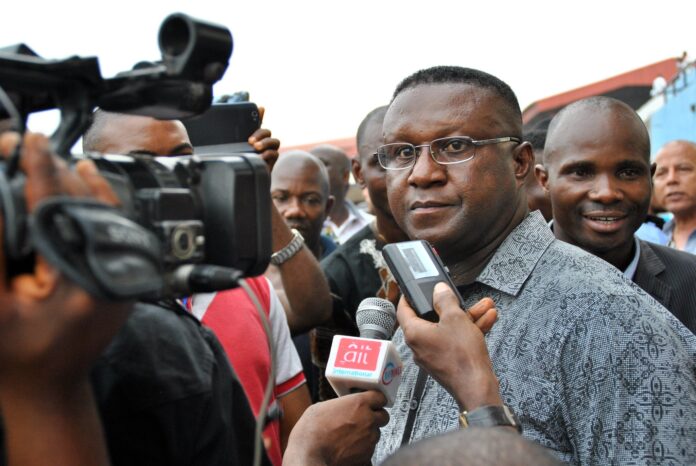 Enyimba Chairman Felix Anyansi-Agwu says his charges must continue to ‘raise the bar’ in this season’s CAF Confederation Cup.
Enyimba reached the quarter final of the competition after finishing as winners of Group A, a section that included Algerian club, ES Sétif, Libya’s Al Ahly Benghazi and South African outfit, Orlando Pirates.
The reward for Enyimba is a quarter final tie against Egyptian club, Pyramids and Anyansi wants Enyimba to claim the North African scalp yet again in the competition.
“I have said it before that we want to win this competition and we do not want to change our focus now,” Anyansi Agwu told SPNAfricaNews. “This does not mean we do not have respect for our opponents but we want to go all the way.”
Pyramids are currently in third place in the Egyptian Premier League, closely on the coattails of giants, Zamalek and Al Ahly.
They finished as runners up in Group B, behind Moroccan club, Raja Casablanca and were losing finalists in the CAF Confederation Cup in the 2019-20 season.
“This is a club with great pedigree,” Anyansi Agwu added. “So we go into both games with them with respect but we will not fear them.
“Let us also not forget that Enyimba are two time African champions so we know what is expected of us.”