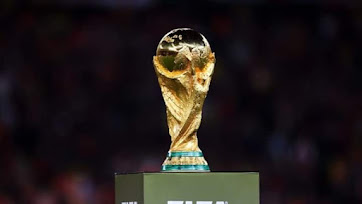 Two independent reports commissioned by FIFA to assess the feasibility of organising men’s and women’s World Cups every two years have concluded that this change would bring significant economic benefits for African countries and the world both on a socio-economic and on a football level.

Organising a men’s FIFA World Cup every two years would lead to gross domestic product (GDP) gains of over USD 180 billion over a 16-year period and generate two million additional full-time jobs worldwide with a significant part of those having an impact on developing countries, such as many across the African continent.

The report states that a biennial FIFA World Cup would mean an uplift of USD 4.4 billion in FIFA revenues from USD 7 billion to USD 11.4 billion in media rights, sponsorships and gate receipts.

FIFA said in a global summit organised on Monday that the new revenues streams would be distributed via a solidarity fund to FIFA member associations. This USD 3.5 billion fund will be channelled into football development projects which are now under the technical leadership of FIFA Chief Football Development Officer Arsène Wenger.

“Competitions are vital because they generate an opportunity to compete, to improve and to measure progress, but education is equally important,” said Arsène Wenger. “Without good coaches and good development programmes, the gap in these competitions will become bigger. This is a trend that is well documented and it is our duty and ambition to help to bridge that gap. We will share know-how and expertise with everybody by going into the countries and through this online training centre.”

On average, each FIFA member association could receive around USD 16 million in a four-year cycle (in addition to the existing FIFA Forward programme investment that will consist of a fixed USD 9 million per four-year cycle). This means that each FIFA member association could receive approximately USD 6 million per year if a men’s FIFA World Cup was organised on a biennial basis.

The increase of worldwide distribution of FIFA funds would significantly contribute to reduce the gap between the revenues of the most and least developed countries.

Although UEFA, European leagues and clubs have been saying they will lose a lot of money, the reports show that historical revenue trends of the most relevant clubs and national teams have no relation.

Infantino’s “Solidarity and dialogue” message for 2022

Sammy Wejinya - January 8, 2021
Nigeria's most successful club, Enyimba International are on course to meet Rivers United in the playoff round of the CAF Confrontation Cup. Enyimba failed to...

Modric says Mbappe will be welcome in Madrid

Sammy Wejinya - April 14, 2021
Luka Modric has said that Kylian Mbappa would be welcomed at Real Madrid, calling the attacker "a great player". Mbappe's future has been the...