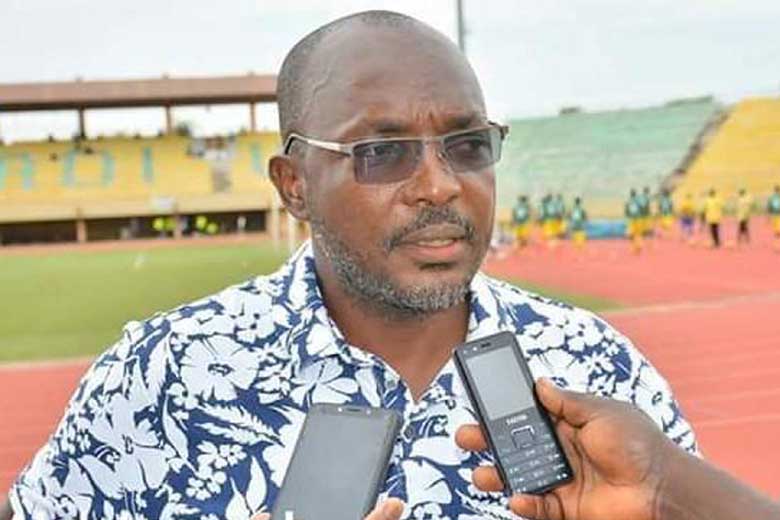 Kwara United head coach, Abdullahi Usman Biffo has said he is not convinced of his side’s form despite qualifying for the semi-finals in the Ogunjobi Gold Cup pre-season tournament.

Rival team Harmony Warriors were the first to reach the last four of the event, after putting two second-half goals past rookies, 36 Lion in their last Group B game on Sunday (November 15).

Biffo said the pre-season tournament usually helps the team measure their form, tactics and readiness for the new season and insisted it wasn’t all about winning the tournament, now in its 8th edition, being held in Illorin, Kwara State.

“It’s not about where we are right now but how ready my team is going into the new season and that’s the essence why we are in the Ogunjobi Gold Cup pre-season tournament.

“If you noticed, we have used different sets of players in the three games we have played. The team was good in the first game against rivals Niger Tornadoes, as we won the encounter.

“We struggled in the second game against Remo Stars as we lost the clash and in the final group game we recorded another win against 36 Lion. So for me the team is improving but not convincing or where we want to be.

“I don’t have stars in my team rather we have an array of young players as the average age of my squad is 20-year old. So we are trying to make them better as we continue to build the team.

“No target for the team in the in semi finals but I expect an improved Kwara United against any opponent.”

Kwara United who finished second in Group B, one point behind Remo Stars with 7 points, will lock horns against the team that leads Group A for a place in the final of the annual tournament.

The Kwara-based side will compete in the upcoming 2020/2021 Nigeria Professional Football League (NPFL) due to commence in the first week of next month.

Sammy Wejinya - April 16, 2020
Manchester City supporter, Noel Gallagher insists that it will be the correct decision to hand the Premier League title to Liverpool even with nine...

SPN Africa - July 13, 2020
Manchester United missed a huge opportunity to go third on the Premier League table after a 2-2 draw with Southampton on Monday night (July...

Sammy Wejinya - January 10, 2021
Emile Smith Rowe was the hero for Arsenal as the Gunners beat Newcastle United 2-0 after extra time to reach the FA Cup fourth...

Sammy Wejinya - November 29, 2020
Real Madrid head coach Zinedine Zidane says an alarming lack of consistency from his players is responsible for their poor results in the Liga...