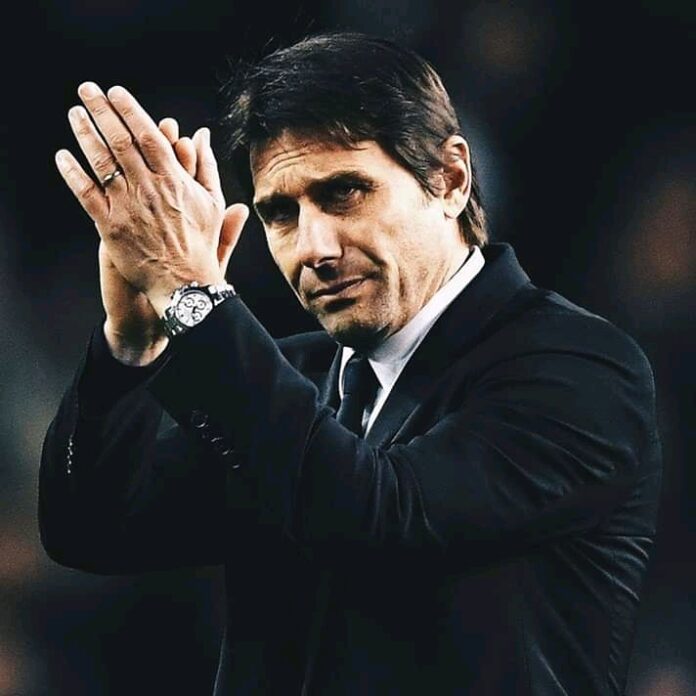 Antonio Conte could be on his way out of Italian club, Inter Milan after he failed to guide the Nerazzurri to UEFA Europa League success. Inter’s 3-2 Europa League defeat to Sevilla on Friday (August 20) meant Conte finished without a trophy in his first season with the Milan club.

Conte seemingly cast doubt on his Inter future after the game on Friday night by saying Inter must plan for life “with or without me”. He added that “something happened” and also pointed to family commitments, questioning whether football should be his priority.

However former Inter President, Ernesto Pellegrini, who was at the reins of the Milan club between 1984 and 1995, indicated he would rather Conte be encouraged to enter a second season than leave now. Inter finished second in Serie A, reached the Coppa Italia semi-finals and savoured their European run, amounting to their best season in almost a decade and Pellegrini is keen to see Conte get another chance to continue as head coach at the club.

“I hope that everything can be resolved. If he intends to leave, it will inevitably happen but I hope it does not,” Pellegrini told Radio Sportiva.

“Of course it is a question of taking Conte and asking him what he has in mind, the reason for this outburst that I don’t understand.

“We fans are happy with the results. Of course if we had won the cup it would have been a pinnacle, but it wasn’t to be and we move on.

“Everything is in place for a season of excellence next year.”

He also spoke of the possibility of Massimiliano Allegri being a potential replacement for Conte. That has been widely reported in Italy as being a plan Inter have in place, with Conte and current president Steven Zhang said to be poised for a meeting early next week.

“I really like Conte. Don’t get me wrong, I also know Allegri very well and have a good relationship with him,” Pellegrini said

“Presidents come and go, coaches come and go, the club remains. The right solution will be found for us fans who have always loved this team.”