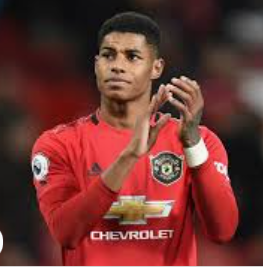 It was a game of drama and intensity at the Tottenham Stadium as Manchester United came from a goal down to force Spurs to a 1-1 draw in the second game on Friday night (June 19) as the Premier League roared back to life. In the other game, Norwich got no favours from Southampton as the Saints thrashed them 3-0.

Danny Ings scored his 19th goal of the season to shoot Southampton ahead early in the second half after a goalless first half, followed by goals from Amstrong and Nathan Redmond.

Norwich now faces an uphill task to get out of relegation troubles.

In London, Bruno Fernandes converted a penalty to secure the draw for United but it was the return of Paul Pogba that made the difference as his inventivenes drew the foul from Eric Dier.

There was more drama with another penalty awarded to United but VAR ruled it out – much to the relief of Jose Mourinho.

Tottenham dominated the early exchanges though it was at a stage when both teams seemed evenly matched that they went ahead through Steven Bergwijn.

Hugo Lloris cleared the ball from his goal area into the United half and Luke Shaw headed clear only for the ball to come back to Bergwijn and the Dutchman produced an incredible turn of pace to produce a magical moment.

He surged past Fred and then, incredibly past Harry Maguire who seemed to be caught flat-footed, before hitting straight at David De Gea who couldn’t cope as the ball hit his net.

Humphrey Njoku - February 1, 2021
Sunshine Stars’ manager, Gbenga Ogunbote has said his side are now the team to beat in the on-going top-flight after a comprehensive defeat of...

Sammy Wejinya - March 5, 2021
Kano Pillars and Rangers International of Enugu go toe-to-toe at the Ahmadu Bello Stadium, Kaduna in the standout fixture of matchday 14 of the...

Sammy Wejinya - April 5, 2021
Sergio Ramos has refused to make any definite statements about his future at Real Madrid with his contract set to run out at the...

High praise for Moukoko after another record falls