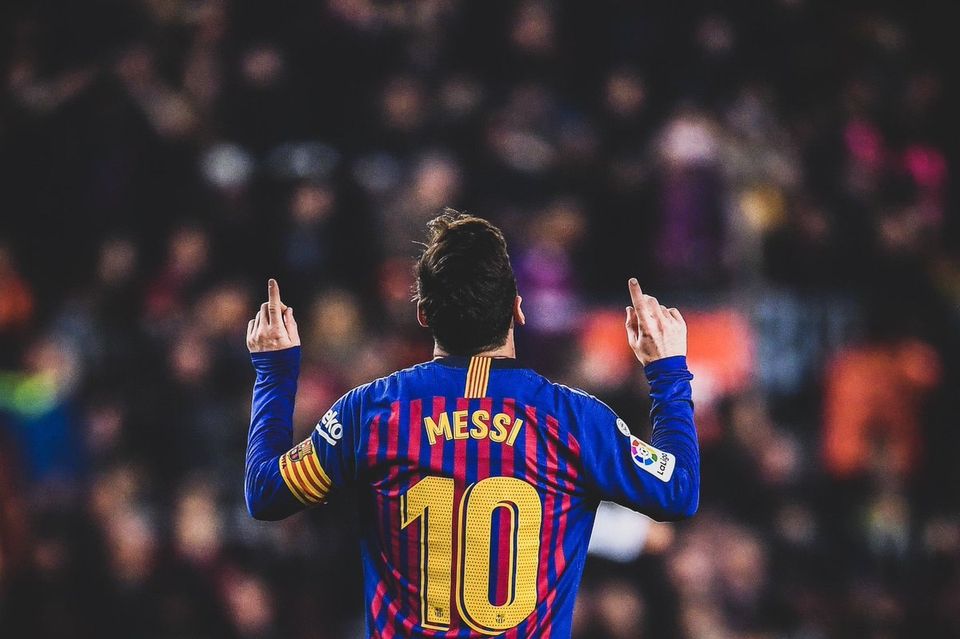 Former Argentina striker, Hernan Crespo insists that Lionel Messi’s father and agent, Jorge isn’t professional enough to handle his son’s official commitments. Crespo, who is Messi’s former national teammate, added that Messi needed a professional on his side and not his father when the Argentinian star attempted to leave Barcelona.

After initially telling Barca he wished to leave after a trophyless campaign in 2019-20, and amid frustration with the Camp Nou board, Messi performed a U-turn and elected to stay with the embattled LaLiga giants.

Messi’s contract expires next year, with Barca desperate to hold onto their superstar captain as they look to overhaul the squad under new head coach Ronald Koeman, who replaced Quique Setien last month. But Crespo believes the crisis could have been avoided.
“Here again, with this whole situation, the issue is that… with all due to respect to Jorge Messi, it seems to me that in these circumstances you need a professional by your side,” Crespo told TyC Sports.
“It’s not the same thing to talk an agent, that is, someone professional, as your father… the agent is not going to take into account the family issue and so on.
“You need to be a professional in these cases.”

Last season’s runners-up Barca kick off their league campaign against Villarreal on September 26, with friendlies against Gimnastic Tarragona and Girona taking place in the meantime. Barca endured a miserable 2019-20 season, dethroned by bitter LaLiga rivals Real Madrid, then humiliated 8-2 by Bayern Munich in the Champions League quarter-finals.

Messi will end his career at FC Barcelona says Bartomeu

Sammy Wejinya - 06/08/2020
Argentine superstar Lionel Messi will end his career at FC Barcelona according to the President of the...
Football

Sammy Wejinya - 04/07/2020
Argentina superstar, Lionel Messi has pulled the plug on contract renewal talks with Barcelona. This is according...
Football

SPN Africa - 17/07/2020
Lionel Messi has given a critical appraisal of his team's La Liga performance after Barcelona lost the...
Football

In major turnabout, Messi to remain at Barcelona

Sammy Wejinya - 05/09/2020
Photo: Getty Images Argentine superstar, Lionel Messi has announced that he will stay at Barcelona - but only...