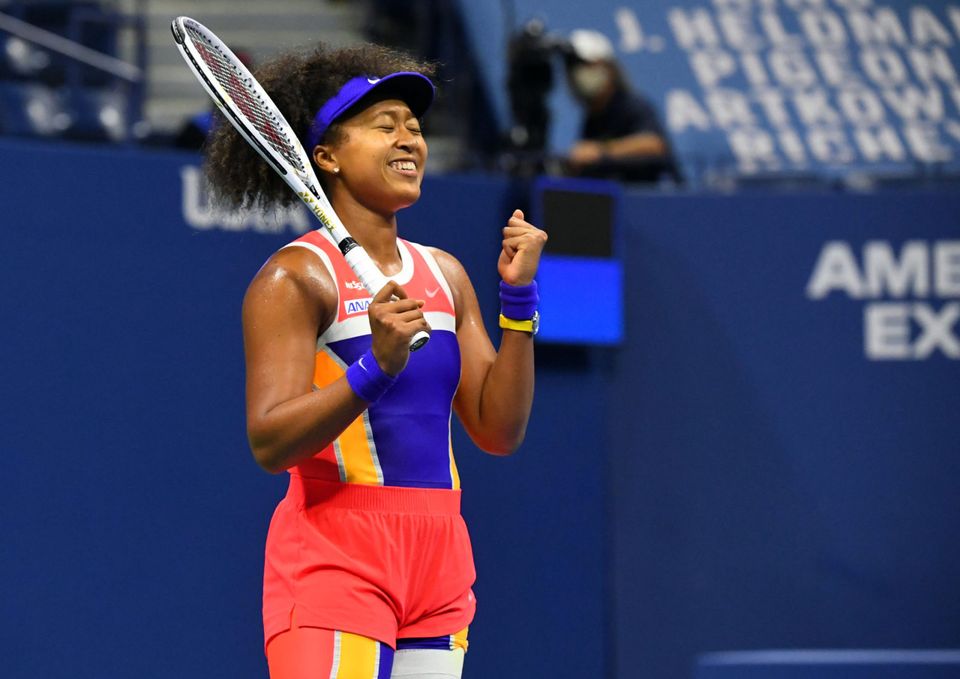 Naomi Osaka demonstrated her growing maturity to fight back against Victoria Azarenka in a compelling US Open final and claim her third Grand Slam title. Japanese fourth seed Osaka, 22, won 1-6 6-3 6-3 for her second US Open title.

Osaka was overwhelmed in the first set and was in danger of trailing 3-0 in the second before recovering to win 10 of the next 12 games to take the momentum. Belarusian Azarenka, in her first major final since 2013, was broken for 5-3 in the decider before Osaka served out.

Osaka shrieked with joy as she took her second match point, then calmly lay on the court and stared at the New York sky as she contemplated her latest achievement.

Osaka’s level raised considerably as 31-year-old Azarenka was unable to maintain the intensity she had shown in the one-sided opening set. The fightback ensured Osaka, who won the 2018 US Open and 2019 Australian Open, maintained her record of winning every Grand Slam final she has played in.
“I don’t want to play you in any more finals, I didn’t really enjoy that, it was a really tough match for me,” Osaka jokingly told Azarenka.
She added: “It was really inspiring for me because I used to watch you play here when I was younger. I learned a lot, so thank you.”

Serena lauds Federer as the GOAT

Sammy Wejinya - March 30, 2020
Serena Williams has described Roger Federer as the greatest tennis player of all time (GOAT). Federer has collected 20 Grand Slam titles (the most of...