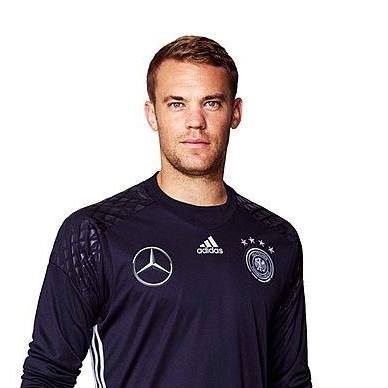 Bayern Munich goalkeeper Manuel Neuer is wary of the test posed by this weekend’s opponents in the Bundesliga, Borussia as Germany’s two biggest clubs face off in a top of the table context.
Bayern and Dortmund are both tied on 15 points at the top of Germany’s Bundesliga with only goals difference separating both sides at the summit of the standings.
Bayern captain, Neuer is full of respect for Die Borussen and expects a special game to play out at Signal Idunal Park on Saturday night.
“Dortmund has been our closest competitor in recent years, and it’s always a special game. I come from Gelsenkirchen & I grew up at Schalke, so it’s always special to play against BVB. For the last 10 years at Bayern, it has always been a close contest,” Neuer is wary told the official Bundesliga website.
The Bayern number one then discussed the never ending debate of the striker who may likely snatch the headlines on Saturday as Robert Lewandowski and Erling Braut Haaland continue to lead the line with distinction for the respective clubs.
Lewandowski has netted ten times in the Bundesliga this season while Haaland is Dortmund’s top scorer in the league with five strikes.
“Lewy (Lewandowski) definitely has the experience and he has great timing and is very strong in the box. Haaland is a player that often drops deep and he plays more in straight lines because of his pace.
“Lewy is more two-footed than Haaland, who uses his left foot a lot. I hope he won’t surprise me with his right foot!”