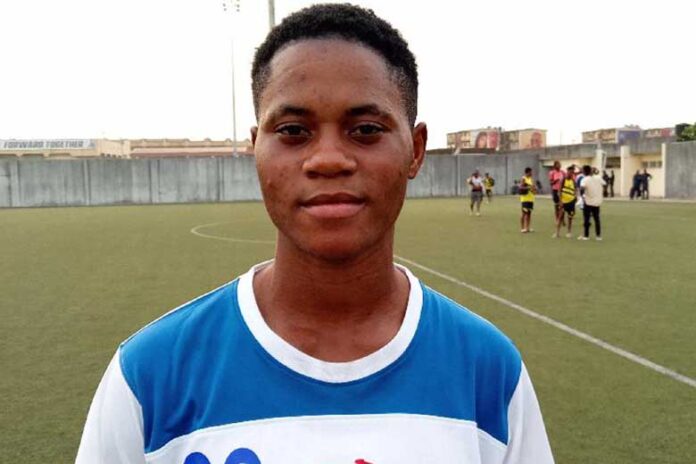 Sunshine Queens attacking midfielder, Fakunle Oluwaseun has said her side were outright unlucky in the top-flight Southwest derby defeat to FC Robo Queens.

The Owena Mermaids were edged 0-1 by the Lagos side in Nigeria Women Football League (NWFL) matchday 12 clash in Lagos on Wednesday.

Oluwaseun said her side came all out determined to win the match or at least claim a point in the encounter.

“It’s unfortunate losing this match we played quite well even far better than the eventual winners, FC Robo Queens.

“We never saw that goal going because we were in complete control of the match as at the time the unexpected happened.

“Truly, we came all out to play this game aimed at pocketing the whole three points or worst case scenario we go back to our base with a point.

“However, that’s not to be as we lost the whole points to Robo Queens. Well, we have taken the outcome in good faith to look forward to other matches on the calendar.

“Well, Robo played well and showed characters of good side, they won the match, I think they deserve their hard earned victory.

“I’m happy with our performance despite losing narrowly, we have potentials to excel in other matches,” said Oluwaseun to SPNAfricaNews.

The hurtful loss leaves the Akure side on the seventh spot in the 14-team top-flight on 17 points 14 behind leaders, Bayelsa Queens.

Next port of call for the Akure landladies will be next week home clash against former champions, Nasarawa Amazons to wrap up the first stanza of the league campaign.