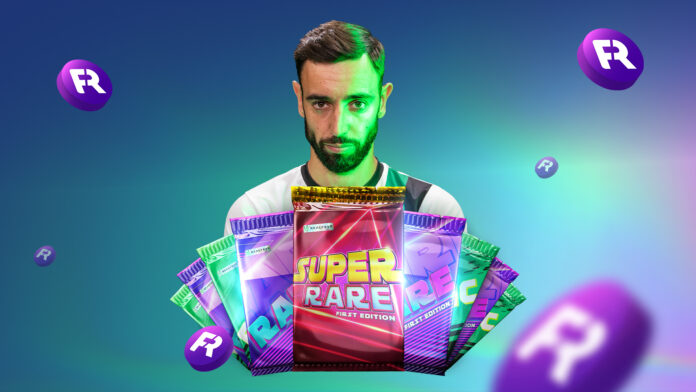 RealFevr, a Portuguese startup specializing in fantasy football, made history by earning $1.5M in revenue through the sale of exclusive NFTs featuring the best moments of several world-class footballers, including Bruno Fernandes, Cristiano Ronaldo, Diogo Jota and many others. The packs became available to the public on August 12th and – and in little more than 24 hours – all 75,000 were sold.

The Portuguese company, which has experienced exponential growth since its founding in 2015, achieved impressive results in this first pack drop: the available 5,000 ‘SUPER RARE’ packs sold out in just one minute, followed by 15,000 ‘RARE’ packs, which sold in less than four minutes, for a total of $1M in revenue. Following the sale of roughly 55,000 ‘BASIC’ packs, the company declared the first public pack drop closed, just 27 hours after opening.

The highlight of the ‘First Edition Drop’ features Manchester United midfielder Bruno Fernandes, with a Unique NFT created around the Portuguese international. Fernandes’ exclusive NFT celebrated a stellar volley he scored for Sporting CP in the 2017/2018 season. Keep your eyes peeled – an upcoming drop will feature a Unique NFT of Cristiano Ronaldo’s first official goal, when the football legend was a young Sporting CP prospect!

For RealFevr CEO Fred Antunes, the first drop “is a historic moment – not only for RealFevr – but also for Portugal. It is clear proof that Portuguese companies can compete internationally at the highest level and with impressive results. It is an honor to lead this team and we are not done yet. This is just one step on the long road we have envisioned and that motivates us to keep working hard.”

The NFT packs sale was facilitated through the FEVR token, a cryptocurrency which has achieved impressive results in the crypto market to date.

$FEVR was launched on July 8th on Polkastarter, one of the world’s largest cryptocurrency “launchpads.” The initial public price was $0.0006 but $FEVR currently stands at around $0.01 – representing a growth in valuation of over 1,600%.

Its market capitalization is over $20M and, compared to other crypto projects launched in the summer of 2021, it is the second-best performing cryptocurrency in the market, in terms of investment returns.