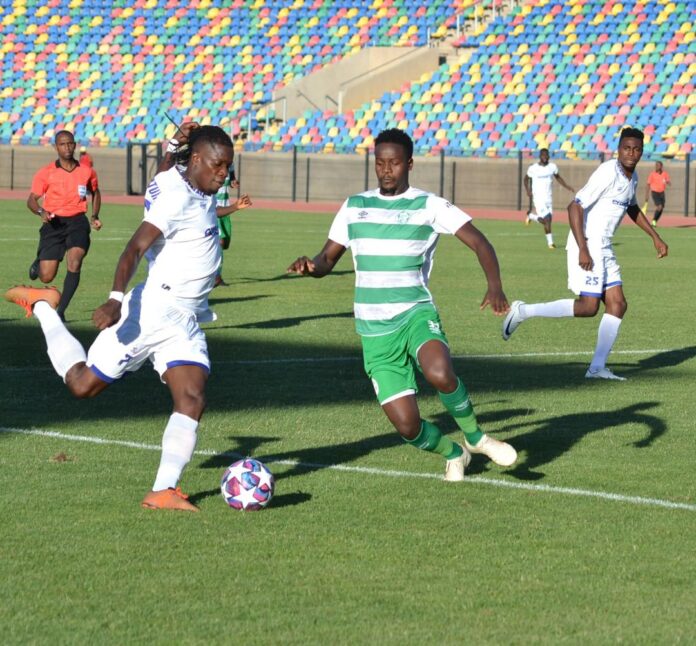 Rivers United have booked their place in the playoff round of the CAF Confederation Cup following a 3-0 victory over South African club, Bloemfontein Celtic on Saturday (January 23).

United progressed 5-0 on aggregate, having won the first leg 2-0 in South Africa. Godwin Aguda netted a brace in the second leg, decided at the Charles de Gaulle Stadium in Porto Novo, Benin. Fortune Omoniwari completed the rout as United completed the win at a canter.

Technical manager of the Port Harcourt club, Stanley Eguma was pleased with the result and praised his charges for getting the job done in such a convincing fashion.
“I commend my players for approaching this game with the seriousness it deserved despite our very big win in the first leg,” Eguma told SPNAfricaNews shortly after the game. “It was important to get the first goal very early in the game.
“We also scored just before half time and I think our opponents virtually gave up immediately after we scored that second goal. They are a good side and we respect them but I think we were better over the two legs.”

The second leg was originally scheduled for January 6 in Port Harcourt but was rearranged after a request from the South Africans.

However, Stanley Eguma’s side picked up from where they left off, with both scorers from the first leg finding the back of the next again. Godwin Aguda opened the scoring in the first minute of the game.

Aguda completed his brace and his hattrick over the two legs in the first half as he netted again in the fourth minute of injury time to hand Rivers United a comfortable first half lead in Cotonou.

The Nigerian league leaders began the second half like a house on fire as they created the better chances and they got their reward in the 49th minute. Fortune Omoniwari found the back of the net to register his name on the scoresheet in both legs of the contest and seal a five star performance for Rivers United.

The Pride of Rivers will now face Nigerian rivals Enyimba International for a slot in the group stage of the competition which means one Nigerian team will definitely continue their journey in Africa.

Meanwhile, the next challenge for Rivers is a difficult trip to Kaduna to face Kano Pillars in the Nigeria Professional Football League (NPFL) on Wednesday.