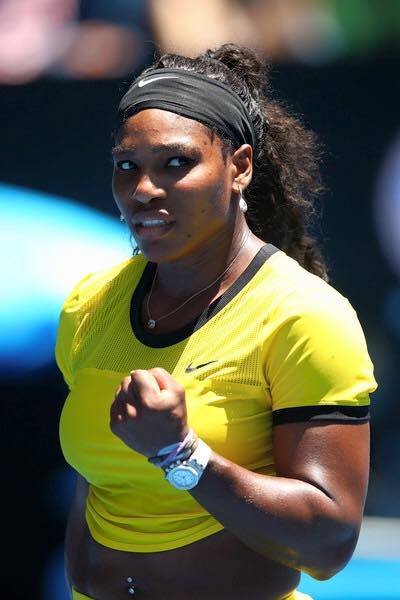 World number three seed, Serena Williams has qualified for the US Open semi-finals after beating Tsvetana Pironkova in three hard-fought sets. Williams had difficulty in dealing with Pironkova’s unpredictable style early in the contest but soon imposed her game on her opponent.

At one point in the match, Williams was staring down the barrel after going a set-and-a-break down but she displayed her characteristic grit, fighting to beat the Bulgarian 4-6 6-3 6-3.

Pironkova has been the surprise package of this year’s tournament.  She last competed at Wimbledon in 2017, returning to action after three years of maternity leave.

Her game has clearly not deteriorated as a result of that absence. But Williams proved to be a bridge too far and despite playing her part in yet another pulsating contest, Pironkova will leave New York empty-handed.

Pironkova gave notice that she will be a force to reckon with in upcoming competitions, however. Her sliced forehand wreaked havoc in the first set. The low, slow, spinny stroke had Williams in trouble and the Bulgarian was able to finish off points with her crisp backhand striking.

A single break, in the fifth game, proved enough to clinch the first set for the 32-year-old. An early break for Pironkova in the second put Williams on the back foot, but she responded quickly with a break of her own.
Her opponent’s level was dipping, with her second-set unforced errors count eclipsing her total number of winners, and soon she equalised – breaking for a 5-3 lead before firing down service bombs to get back on level terms.
Williams, who was occasionally returning left-handed, began dealing far better with the sliced forehand and despite being visibly breathless after some gruelling long rallies – one of which on game point ended with Pironkova dumping a volley into the net – she drew first blood in the decider to move 1-0 up.
Each game proved to be a titanic tussle but it was Williams who broke again and she served it out to ensure she will face either Victoria Azarenka or Elise Mertens in the semi-finals.