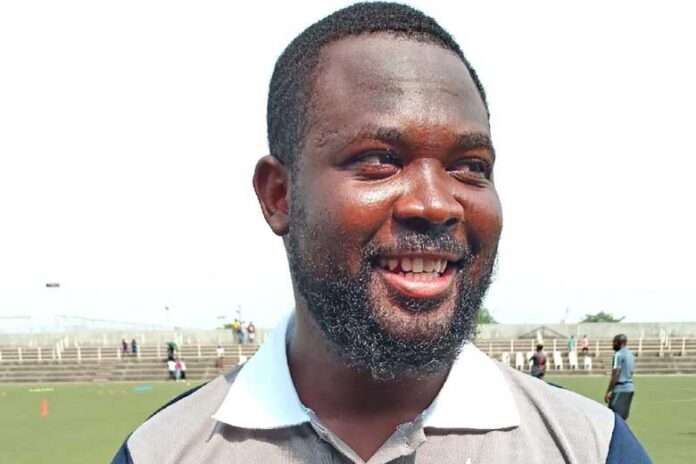 Dreamstar Ladies consulting head coach, Sheriff Tajudeen has said his side’s quest to defend its prized catchword ‘the pride of Lagos’ and private clubs, among other things are the motivations to succeed at the Nigeria Women Football League (NWFL) Premiership play-off.

Tajudeen was speaking ahead of the NWFL Premiership relegation play-offs, held at the University of Benin Sports Complex in Benin City, Edo State. The fours competing teams are at the bottom of the league at the end of the 14-team NWFL Premiership regular season.

The five-day play-off decides among the quartet – Abia Angels, Ibom Angels, Dreamstar Ladies and former champions, Pelican Stars – the two that will drop to the lower league (the NWFL Championship) and the two that will retain its position in the top-flight.

Tajudeen said his side have done the needful in terms of preparation, knowing that the NWFL Premiership play-off would be a desperate battle among the four.

“Absolutely, that is the objective – to retain the premiership status at the end of the NWFL Premiership play-off.

“As you know, there are handfuls of privately owned clubs in the league and we believe that is the way forward for more private clubs to be involved in the league.

“For that reason we want to retain another private club within the league so definitely our objective is to stay in the premier league and we do not want that numbers to be depleted as well.

“We are very much ready for the battle because that is how we see the play-off as a ‘battle’, a war.

“We have been preparing physically and tactically to make sure we escape this situation we found ourselves.

“We have added a few personnel to our squad, luckily we had opportunity to sign some additional players in the short transfer window, we used it to boost the team and challenge the old players,” said the UK-based UEFA B Licensed coach to SPNAfricaNews.

The Dreamstar Ladies gaffer said his side are well-oiled and motivated to go all out to achieve at the play-off by the five-star performance of sister side, FC Robo Queens at the just concluded NWFL Premiership Super 6 championship in Ijebu-Ode, Ogun state.

“Yes, of course, we have to take a cue from our neighbours, FC Robo Queens’ excellent performance at the Super 6.

“Even when we play ourselves it’s a derby, we are like a family, Lagos fraternity so we are taking a lot of encouragement from how they performed being one of the strong sides in the Super 6.

“If not the last minute penalty they conceded they would have finished second, so overall, good performance up to the last day they were still in the reckoning to finish top.

“So we take encouragement from them, they are rooting for us, supporting us, by all means we draw energy from their performance.

“We still have extra-motivation for the girls to excel, we have a package and is being communicated to the girls.

“Without giving too much away, there is individual reward for every game we play and earn a point, there is a reward for the game that earns us a win and players that scored goals or assisted and clean sheet. There are individual bonuses, too to encourage them to achieve our set goal,” said Tajudeen.

The Lagos side will be expected to stave off the challenges of the trio, Abia Angels, Ibom Angels and former champions, Pelican Stars at the relegation play-off to be able to stay put in the top-flight.