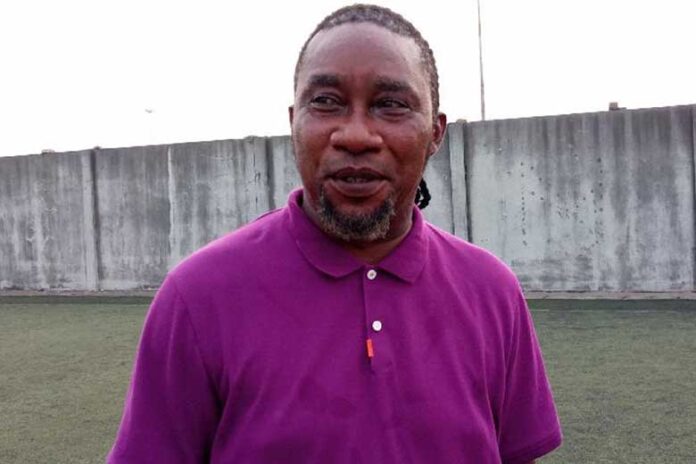 The Lagos side piped the Owena Mermaids 1-0 in Wednesday NWFL matchday 12 clash at the Legacy Pitch, National Stadium in Surulere, Lagos.

Osahon said he has not being so tensed in his entire coaching career as he was throughout the duration of the derby clash.

“I was on my toes throughout the entire duration of the game, I stood up throughout without a moment to sit down.

“This is the toughest game we would be playing in the on-going Nigeria Women Football League. We were fully stretched to our limit.

“We lost several chances that could have helped to reduce tension on my side and I do not know why.

“The players did not really come to the party especially in the first half of the encounter maybe because of the quality of the opposition.

“Sunshine Queens are very good side, I was not surprised at the level of opposition, I expected the stiff challenge.

“They played quite well and it took us time to be able to find the back of their net, it showed their character and quality as well,” said Osahon nicknamed the ‘Oracle’ to SPNAfricaNews.

Osahon said no team could meaningfully claim to be the champions until five matches to end the calendar’s campaign.

“Nobody is champions at the moment, every team is still in the race for the top prize, we can only decide on our own part when it’s five matches to go,” said Osahon.

The Lagos side are fifth on the 14-team top-flight log on 22 points nine behind league leaders, Bayelsa Queens.