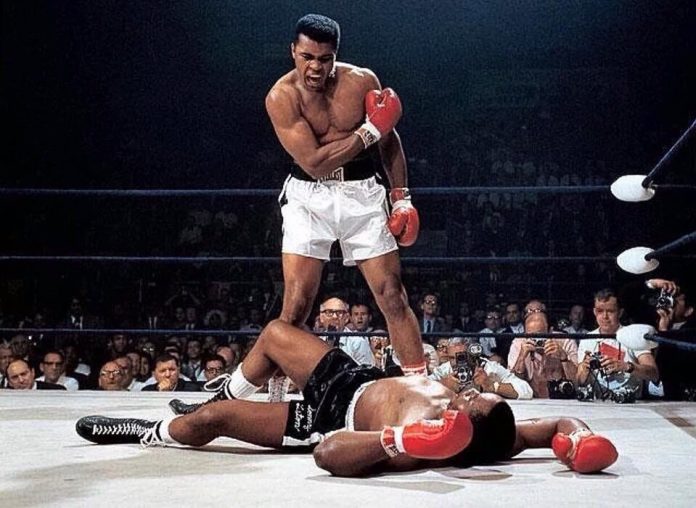 Boxing promoter, Bob Arum has claimed that Muhammad Ali would have struggled in the boxing ring with current WBC champion, Tyson Fury.
Arum who managed both men, reckons that Fury’s superior physical attributes may have put Ali at a disadvantage.
The 88-year-old Arum who is the founder and CEO of Top Rank, a professional boxing promotion company based in Las Vegas, brought Ali to Arsenal’s stadium Highbury in 1966 where he beat Henry Cooper in a rematch.
He now promotes Fury in the US and led him to becoming WBC heavyweight champion by dethroning Deontay Wilder.
“I look at Ali, I look at (George) Foreman when he won the title when he was 45.

“I look at Fury. How would Ali have done with Fury? That’s a question I wrestle with,” Arum told Sky Sports when asked about the biggest stars he has promoted.
“The Ali before the three-and-a-half years out was absolutely superb. Nobody could touch him, he was so fast.
“Ali was 6ft3in and the guys he fought were about the same size. How would he do against a 6ft9in guy who is an incredible boxer with great footwork?
“I grew up with basketball in New York and the centre was barely 6ft6in. A guard was 5ft10in. Now LeBron James is as quick as any guard but he’s 6ft10in.
Imagine LeBron playing against the small guys of my era. It would be a joke, he would score 60 points every game.

“I can’t see Ali competing with a 6ft9in guy like Fury. We had big guys in the old days but they were slow, lumbering.
“They were jokes who couldn’t fight, they were just big. It’s all changing. Look at Fury, Anthony Joshua, Deontay Wilder. They are huge guys.
“But maybe if Ali was in this era he would be 6ft6in instead of 6ft3in because of the nutrition. Everything has changed,” he concluded.
Fury is the current WBA champion while IBF, WBA and WBO heavyweight belts are currently held by Anthony Joshua.

A teen soccer sensation brings a plan with his game