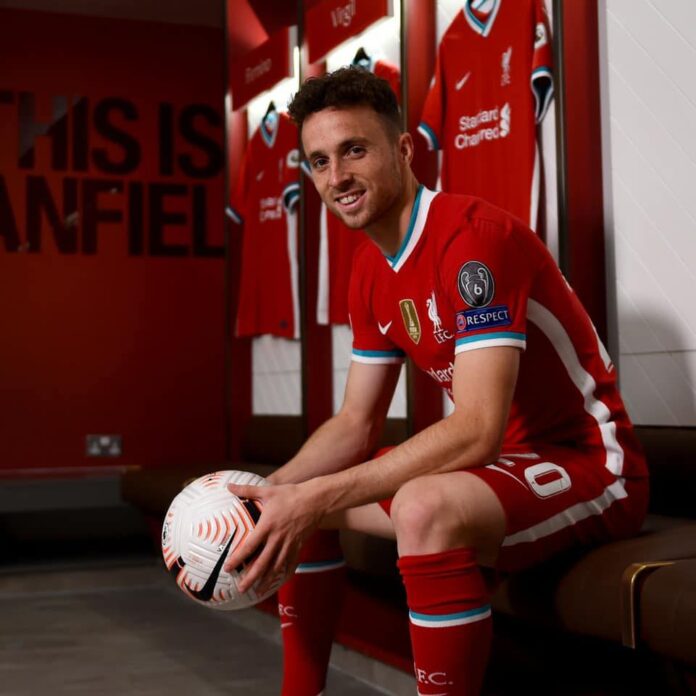 Diogo Jota will not take part in Liverpool’s final games for the rest of the 2020-21 English Premier League.
The fate of the Portuguese forward was confirmed by his manager, Jürgen Klopp as he was ruled out for Sunday’s match against West Bromwich Albion with a foot injury.
The 24-year-old had to be substituted in the second half during the game against Manchester United on Thursday after he helped his side to a 4-2 win at Old Trafford but little did he know that would be his last contribution of the season.
The German tactian told Sky Sports: “No good thing without a bad thing – so, we won at Manchester United but Diogo got something with the bone.
“Not too serious but serious enough to end the season. That’s it.”
Jota has made 18 appearances in the Premier League after joining from Wolves in the summer.
The attacker suffered a knee injury in December which kept him out of action until early-March.
He struck his side’s opener against United in midweek to take increase his tally in the top-flight to nine, while he also netted four times in nine Champions League appearances.
The Merseyside outfit presently sit fifth on the log and four points behind Chelsea, who occupy the final spot that guarantees a place in next season’s UEFA Champions League.
Three days after they battle West Brom, Liverpool will face Burnley before they finish the campaign with a home affair against Crystal Palace.

World trail and mountain runners gather in Thailand this weekend