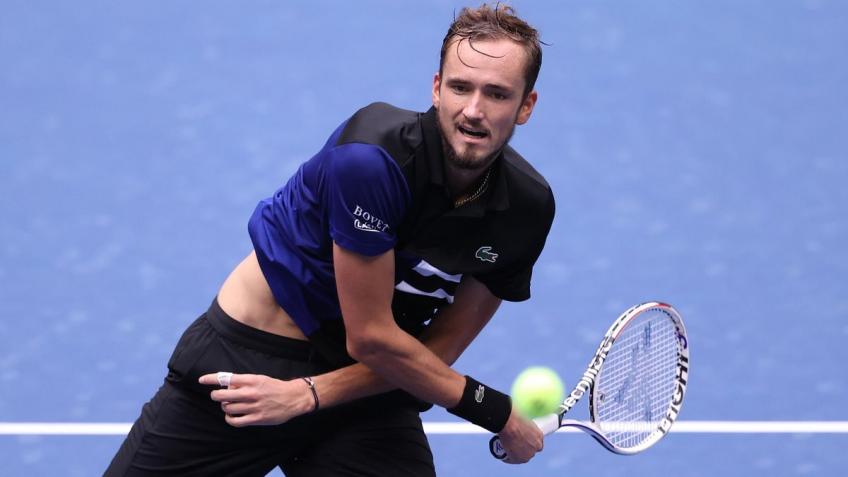 Daniil Medvedev came from a set down to defeat Alexander Zverev to win the Paris Masters title on Sunday (November 8).

Alexander Zverev took the first set at the Accorhotels indoor arena 7-5 but the Russian star stormed back.

The world number five had lost five times in eight matches in the build-up to this event but finally found form on the hard courts of the French capital, dropping just one set en route to the final.  Zverev, who dispatched Rafael Nadal in straight sets in the semi-finals, continued that form in the first set on Sunday as he missed his mark just five times on his first serve.

Medvedev kept pace until game 12, when he saved two break points but not the third, Zverev letting out a roar as he took a step towards taking a third Tour title in a row.  Each man was backing up their serve with authority, although Zverev saved four break points in the third game of the second set as Medvedev began to find more rhythm from the baseline.

Medvedev got his breakthrough in the next game, holding Zverev at love to level the match, as Zverev’s form began to falter.
The German seemed suddenly bereft of confidence as he surrendered his opening service game to love, and a double break soon put Medvedev in control.  A double fault from Zverev gave Medvedev the match as triumphed 5-7 6-4 6-1 to lift his eighth career title.

The Russian’s last appearance in a Tour-level championship match was 13 months ago, when he beat Zverev in straight sets at the Shanghai Masters.  Medvedev is the fourth Russian to win the tournament, after Marat Safin, Nikolay Davydenko and Karen Khachanov.

Djokovic will be bad guy for rest of his career says...

Sammy Wejinya - September 11, 2020
World number one tennis player, Novak Djokovic will be viewed as a "bad guy" for the rest of his career after striking a line...

Federer knocked out of Qatar Open

Sammy Wejinya - March 12, 2021
Roger Federer has been knocked out of the Qatar Open. He was beaten in the last eight by Nikoloz Basilashvili who dug deep to...