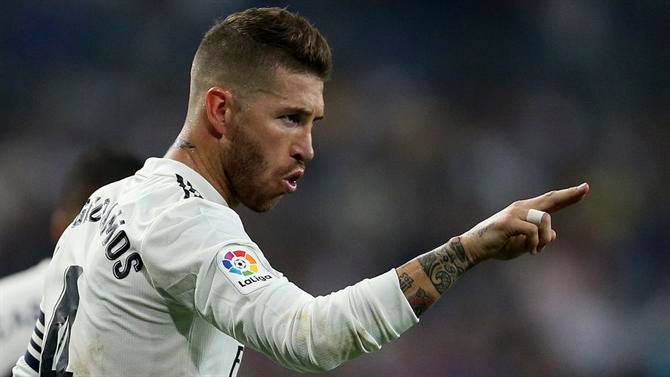 Spain captain, Sergio Ramos has equalled Gianluigi Buffon’s caps record after he turned out for the 176th time for La Furia Roja in Wednesday’s friendly against the Netherlands.
Ramos was was introduced in the 85th at the Johan Cruijff ArenA some 15 years after making his senior debut.
The Real Madrid captain will leapfrog Buffon and become Europe’s most-capped international footballer of he plays any part in Spain’s game against Switzerland in Basel on Saturday.
He is also within eight appearances of the worldwide caps record, which is currently held by former Egypt midfielder Ahmed Hassan.
Spain head coach Luis Enrique praised Ramos for matching Buffon’s tally.
“Sergio is unique. He is on a different level,” he said after the match. “The appearance record is only within the reach of those who are very gifted.”
Luis Enrique fielded an experimental XI that included debutant goalkeeper Unai Simon, plus returning quartet Koke, Alvaro Morata, Hector Bellerin and Marco Asensio.Morata set up Sergio Canales for Spain’s 18th-minute opener – the ninth goal the Juventus striker has been directly involved in in nine games for club and country this term.
“Alvaro has been very good but it is the same as we have seen these months at Juve,” Luis Enrique said. “We caused problems for them with him in attack.”

Koeman pleased with Barca’s “best game of the season”

Sammy Wejinya - April 10, 2020
FIFA president Gianni Infantino has warned against restarting football competitions in Europe too early. The outbreak of the coronavirus pandemic has seen well over ninety...

Sammy Wejinya - May 17, 2020
Clubs in Italy's top flight, Serie A, will resume full squad training on Monday, May 18. This was after permission was granted by Italian prime...

Humphrey Njoku - May 5, 2020
Akwa United striker, Ubong Friday has said his greatest personal desire is to be crowned champion of the Nigerian top-flight. The nation’s domestic top-flight and...