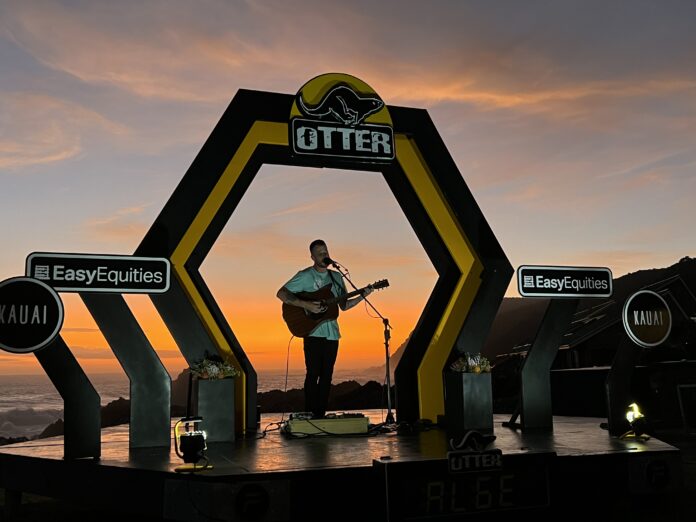 The sun has set and the dust is settling on the 2022 Otter African Trail ‘Retto’ Run, powered by Easy Equities, which many acclaim as the ‘best-ever’ in the long line of successful ‘Otters’ since the inception of the ‘Grail of Trail’ in 2009.

Toni McCann’s record-breaking performance provided a colossal cherry on the top, and praise for her run is coming from all over the world, including from her adidas TERREX teammates, British athlete Holly Page and New Zealand’s Ruth Croft, who finished ahead of her in 2018, the year the Otter hosted the Golden Trail World Series grand finale.

“Looks like Toni had a great run,” said former record-holder Page. “I know how much it means for her to be back racing on home soil, so I’m very happy for her!”

“I heard the news – such a great run. I’m stoked for Toni,” said Croft. “After a great season in Europe it has to be the icing on the cake to get the win and course record at Otter.”

In terms of depth of quality in the men’s and women’s races, the 14th edition of the ‘Otter’ was good, but not at the top of the tree of past Otter African Trail Runs.

Johardt van Heerden’s 4:05:19 win was the sixth fastest winning time.  Eleven athletes finished under five hours this year – impressive, but bettered last year (13 athletes), in 2020 (15), in 2013 (18) and in 2018 (27), although the latter was exceptional, being the final of the Golden Trail World Series, with the world’s top marathon-distance athletes taking part.

Depth of quality in the women’s field at the Otter has been surprisingly constant over the years, with this year’s 10th-placed finisher, Jacqui Ras, clocking 6:40:38, 16 seconds faster than Orla du Toit’s time in winning the Retto Challenge two days earlier. The tenth women has finished within 6 minutes of that time on no fewer than seven out of ten Otter contests from 2013 and, extraordinarily, within 90 seconds of that mark on five occasions.

If the 2022 Otter was indeed the ‘best ever’, clearly elements other than athletic performance must have prevailed. To find out more, SPNAfrica spoke to Carel Nolte, Easy Equities’ Chief Marketing Officer, who saw more of the race than anyone. After scampering down and back up steep tracks to watch runners racing at Bloukrans River and at Oakhurst (halfway), Nolte presented the sought-after race medals to every participant in both the elite and non-elite ‘Retto’ competitions, as they completed their race.

Why has Easy Equities invested in the Otter and what has been the outcome for the company thus far?

“For me, life is all about values and in our company the only differentiator is our culture – essentially the people,” Nolte explained. “Our association with the Otter strengthens these values. Walking the Otter with (race founder) Mark Collins over three days was humbling.

“Easy Equities is an investment platform – big deal!  But the heart of what we do is to empower people to be able to live their dreams and make the best of their lives. And the Otter is enabling us to do that. It’s been a great privilege to be able to help people to achieve that.”

And what has involvement in the Otter meant to Nolte personally?

“I’m not an elite athlete,” continued Nolte. “I’ve run three Comrades and admire people who have run the Otter. Walking the trail with Mark Collins and then watching those who run it – that’s completely inspirational. It’s spectacular. This trail is an antidote from the negativity of what is happening in the outside world. This inspires me and gives me a zest for life and makes me proud and excited to be a South African!

“I loved welcoming Toni McCann home in record time, but equally I enjoyed welcoming those who finished just outside the cut-off time. None of them complained they didn’t make it – they were appreciative they were able to run the trail. How amazing is that?”

Might the Otter offer a different sort of ‘load-shedding’ in that it enables participants to de-stress and focus on what is important – perhaps defining a new life perspective?

“Every person who ran has a story,” explained Nolte. “In a ‘stuffed up’ world it reminds me to tune into people’s stories. You don’t see people who are miserable at the Otter. They are energized and inspired. Mostly exhausted, but not one person complained – they all said how special it was. In a world where dreadful stuff happens, one must get beyond that – as the Otter community does so well.”

What were some of the highlights for Nolte from this year’s Otter?

“There were many highlights,” reflected Nolte. “The ones which quickly come to mind include

“In summary, the Otter encourages us all to live our best life. Life is short and often challenging, so make the most of it. There is no such thing as impossible or can’t – people at the Otter have shown us. Just get up and do it and enjoy it.”

What lies ahead for Easy Equities and the Otter?

“We have made a contractual commitment for next three years – that’s the easy bit!  But we want to get further involved with the community – both the race community and with local communities impacted by apartheid in the past, such as the Storm’s River Community.  We want to find ways to support them and enable them to flourish.

“And potentially we would like to work with the family of the runner who tragically died – to provide some measure of support.  And to help runners be trained to be better equipped in first aid as first responders to accidents.”

What changes would Easy Equities like to see at the Otter?

“No changes – I love it all!” Nolte continued. “You spend a few days with these people at the Otter  – these people are phenomenal! Life is too short to spend time with negative people!”

“Not perhaps,” said Nolte. “They will come, attracted by the prize money and the natural beauty of the Tsitsikamma. And they are definitely going to be beaten by Toni and our other top runners! South Africans are great at demeaning ourselves, but our runners and running communities are the best.”

Easy Equities’ involvement at the Otter was particularly impressive. At least a quarter of their total staff complement made the trip to the Southern Cape, either as a participant in the 42km Otter or the 10km Dassie. How did Nolte view his team’s participation and particularly the man who introduced the idea to the company, Craig Turton, following his run at the Otter two years ago?

“Craig is the reason we got involved,” explained Nolte. “He didn’t really give me a choice about that!  Craig ran with his wife Lientjie in this year’s race. After 20km she developed a knee injury. Craig could have told her to stop so he could race on to the finish, but instead he encouraged, walked and ran with Lientjie the whole way.

“They didn’t finish within the cut-off, but it was one of my special moments to welcome them to the finish a few minutes later. Guts and determination pulled them through – it just shows you. She simply said ‘my husband was really lovely today’!

Many others inspired Nolte. “Michael Brewis was incredible to finish the race at 75 years of age,” he said. “Perhaps the organisers could award a permanent number for those who have completed ten Otters?

“The top three finishers were amazing as athletes and people, but I think we all would have been delighted had Kane won in his 10th year. He is such a special person and ambassador for the sport. I was really impressed at the mutual respect Kane and Johardt showed for each other.

“And how amazing is Robbie Rorich?” Nolte asked. “He came third today and made those spectacular trophies (bronzed otter sculptures). We saw the athletes coming through Bloukrans today. Robbie was in third place, but he actually stopped to speak to me.  He is beyond exceptional.

“He told me he woke one night and he felt he had to work on sculptures. When he went back to bed he found a little stone, as if an animal had left it behind. He ran the race with that stone. And I know that the thing that made Toni most excited about finishing first was winning that incredible trophy – how cool is that?

“The Collins’ families and the Faces team are very special, as are the broader community involved.”