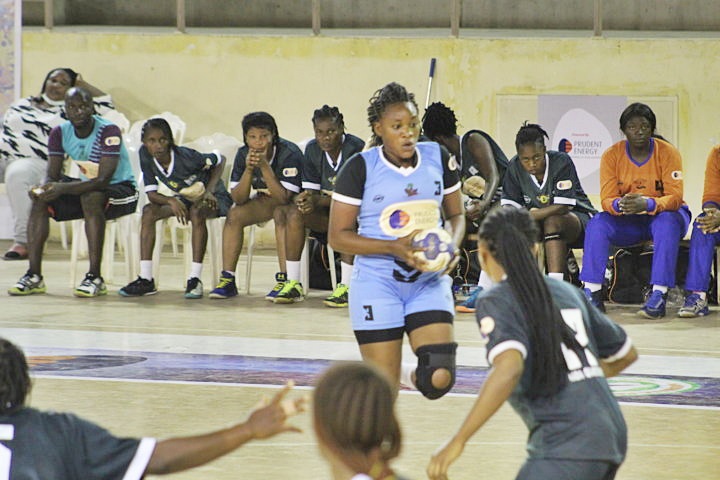 Adorable Angels produced an entertaining display of handball as they put a stop to the progression of defending champions, Safety Shooters at the Prudent Energy Handball Premier League 2020.

In a dramatic match decided at outdoor handball court at the MKO Abiola National Stadium, Abuja, Adorable Angels played out a 31 -31 draw with Safety Shooters.

In other matches of the women category, Defender Babes comfortably defeated Desert Queens 32-19 while Kada Queens were efficient as they recorded a shocking 27-18 victory over former Champions, Plateau Peacocks.

Edo Dynamos who are jointly topping the league standings with Safety Babes, had to dig deep to defeat Benue Queens 30-27.

Seasiders Babes who were topping the league standing as recent as matchday 5, are now sixth on the log after they were soundly defeated by Imo Grasshoppers 31-21.

Rima Strikers, inspired by the presence of the Sokoto State Commissioner for Sports, Comrade Bashiru Usman Gorau ensured the continued winless streak of Niger United with a 24-21 victory while an enterprising Confluence Stars defeated De Defenders 21-18

Humphrey Njoku - April 5, 2021
Nigeria has been drawn in Group B of the upcoming 24th Africa Women Handball Championship together with the hosts, Cameroun, DR Congo and Kenya. Reacting on...