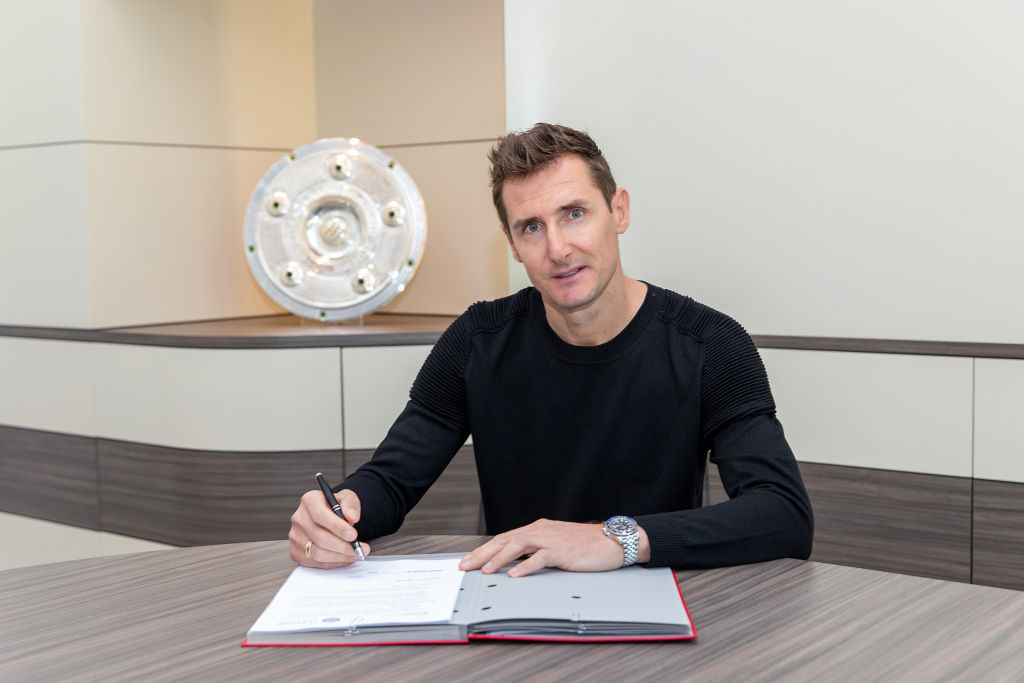 Former Germany national team striker, Miroslav Klose has been appointed as assistant coach of 29-time German champions, Bayern Munich.
Klose who is Germany’s all-time leading scorer will commence his duties from next season.
The 41-year-old has been a youth coach at the club for the past two years after retiring as a player in 2016.
He spent four seasons as a player with Bayern from 2007, winning league and cup honours.
“This is the next step in my career as a coach,” Klose said.
Bayern head coach Hansi Flick, who signed a contract extension last month, was Germany’s assistant coach when a side featuring Klose won the 2014 World Cup.
“We have known each other very well since our time in the national team and we trust each other both professionally and personally,” Klose said.
Klose scored 71 goals in 137 games for Germany between 2001 and 2014.
He also played for Kaiserslautern, Werder Bremen and Italian side Lazio.

Sammy Wejinya - January 6, 2021
Africa Sports Ventures Group announced the 2nd Edition of the Africa Day Annual Sports Conference with a new twist to it. The announcement was made...

“Football builds bridges – and is the ice-breaker.” Mainz 05 holds...

Top sports events in the World hit by coronavirus

Agency - March 30, 2020
Major sports events around the world that have been hit by the coronavirus pandemic: OLYMPICS The International Olympic Committee and Japan’s Prime Minister Shinzo Abe...

Stephen Granger - May 18, 2021
As a young girl, Elana van Zyl delighted at running along the tracks and roads on her parents’ farm near Albertina. At first, running...